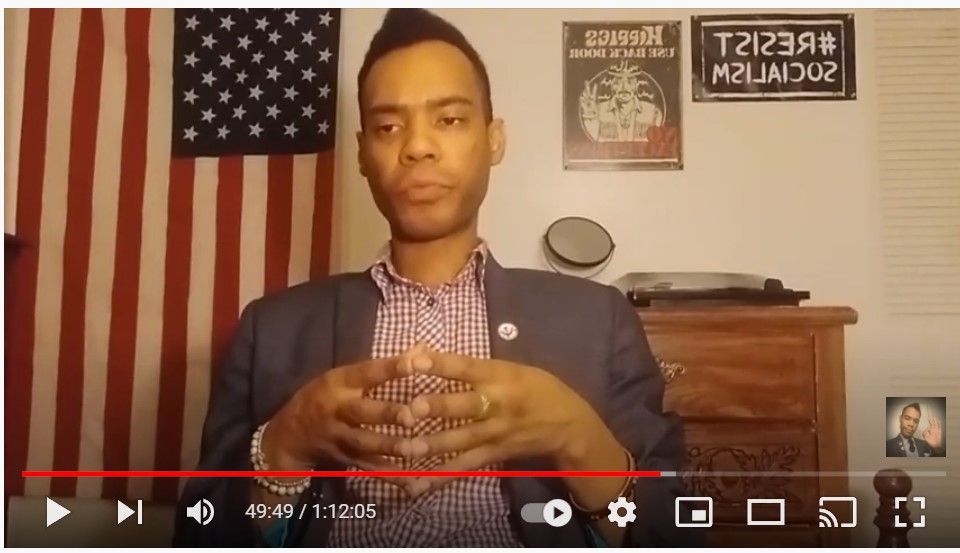 Democrats all the way up to Joe Biden have been demanding the resignation of North Carolina’s first Black Republican Lt. Governor over comments Robinson made about the state’s bold sexualization and indoctrination of school children.  Mark Robinson, who called the state-sponsored tactics of grooming children into the LGBTQ lifestyle “filth,” is being defended by his supporters.

“In short Mark Robinson did nothing wrong,” said Hussein Hill, a political operative, pundit, journalist, and super activist -in response to the leftist attacks on the state’s highest-ranking Republican.

And is it interesting to know that Hill, is gay, and he is a Pagan? You have to watch his brilliant commentary and share his video.

“As a gay Pagan, I gotta say when it comes to folks like Lt. Governor Mark Robinson, traditional Christians in North Carolina and traditional Christians across America they have every right to want to reject the philosophical, psychological and spiritual molestation of the LGBTQ and Marxist filth that has infiltrated our education system and our civilization at large,” said Hill, in opening his podcast, as the Narrative Assassin.

WHAT WAS THE ‘MSM’ NARRATIVE?

“This will be a controversial episode,” Hill said, knowing he was going to push the idea that all Gay people must be far-left radical LGBTQ members. Instead, the left morphed Robinson’s comments about indoctrinating children with sexual content in school lessons into the narrative that Robinson was talking about transgender children and transgender people and children and calling THEM filth.

“The story is the mainstream media accused Robinson of hate speech,” Hill said, showing a compilation of news clips showing the freak out by the left after Robinson’s comments on trandgenderism.

Assassin 1. To murder (a prominent person) by surprise attack, as for political reasons. 2. To destroy or injure treacherously: assassinate a rival’s character.

Hill goes on to completely demolish the media’s story by revealing the power of political operatives who clearly twisted Robinson’s intent about graphic sexual materials in schools.

“Concerns over the LGBTQ and Gay Rights movement dominating every aspect of American life are being validated on an almost daily basis. We have gotten to a place where state legislators who oppose biological males competing in female sports are viewed as radical, right-wing extremists. Biological differences between men and women are now a thing of the past. Cross-dressing is now a civil rights issue.

If you happen to be gay, you can twerk on mainstream music videos or simulate sexual acts on YouTube, and you will be praised.

If you are a Christian who merely posts on social media about your religious objections to homosexuality, you will be banned and demonized as a hate monger. We have a male Assistant Health Secretary who both thinks he is a woman and advocates for prepubescent hormone blockers. In the face of this sociopolitical chaos, many Americans are searching for a cohesive opposition party. That needs to be the Republican Party.”