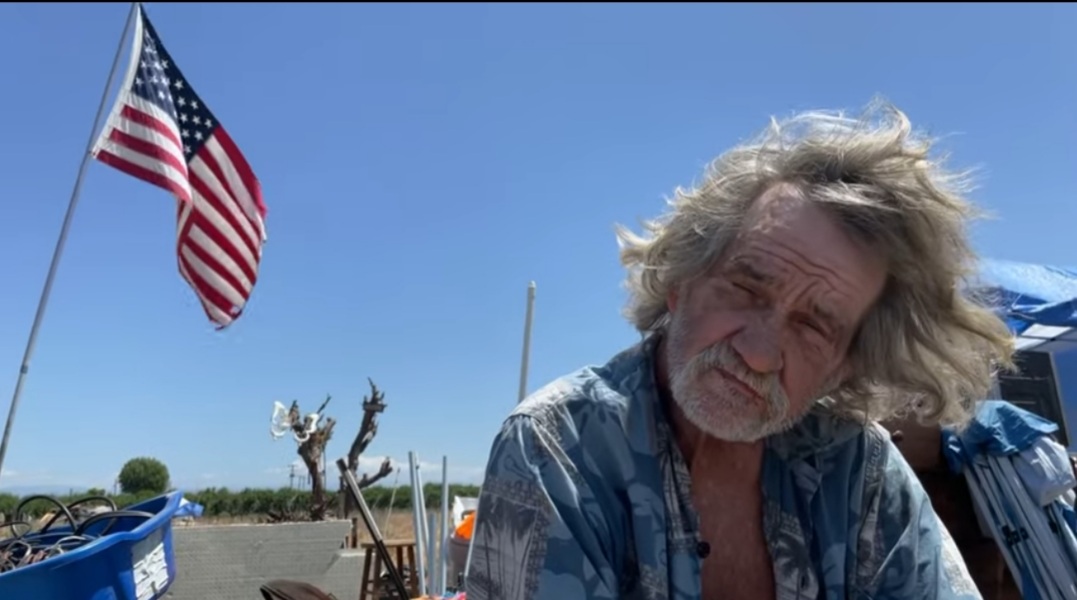 Ben Bergquam, the founder of Frontline America, spoke with an American citizen who served as a Marine. The man’s name is JB, and he lives in a homeless encampment. Bergquam was drawn to the area by the sight of the American flag.

“The left needs to see this as the left continues their open border policies of letting illegals into our country. They underminding our coutry by disrespecting guys like JB and the sacrafices they have made,” Bergquam said.

“I want through the VA system in the San Joaquin Valley three times, and each time it was like they wear you down untill you are next to nothing -with so many regulations. And after what I went through I realized I just didnt have to do it again. So I chose to live out here. I was in the Marine Corps when it was not exactly the greatest time in America history because we had the Viet Nam conflict going on. I got injured. I had a squad I led. Ever since I was a young man I led,” JB said.

“I am not sure what God has planned for me,” he said. “I have acquired art and this is the best art, Old Glory. That is what we went into the service for, to protect our country,” he said pointing to the American flag that had drawn Bergquam to his home.

Watch this video and consider why we have enormous amounts of money to assist illegals and provide great wealth to them. Yet, for heroes who protected us we have a broken – abusive medical system and we leave them to live in the streets. We have a Veterans Administration medical system to torture our honorable veterans by, and that is wrong. And Democrats prioritize illegals and cheap labors for massive corporations.

Ben got a tour of JB’s area.Listen as he talks about his treasures, his dogs, his interest in art. “This paining here tells me that God listens to our prayers,” JB told Bergquam. Watch and Share. Our Veterans are incredible.