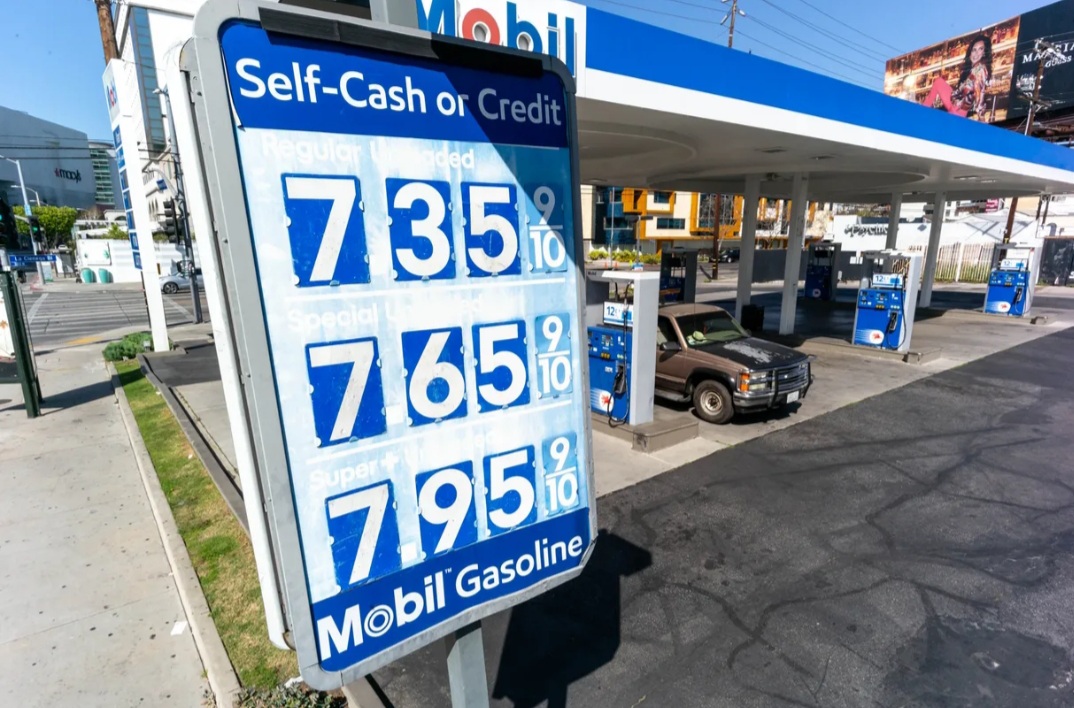 Republicans in California voted to help out the American people in their state by reigning in a 51% PLUS tax rate on gasoline purchases. At the same time, Democrats made silly statements about how much gas a California resident uses in one year- offering a rebate, instead of a tax reduction.

How does that make sense? It is sort of like a “let them eat cake” kinda of moment.

Opinion: Democrats love tax money. Once they have raised the ceiling on getting more of it from the pockets of hard-working Americans, no calamity for their money source is too dire to make them stop spending – and give the Americans they rule over- a break.

Fact: Even when faced with making energy unaffordable, Democrats in California refused to halt a 51% tax rate on gas, as other US states are currently doing for their people.

MSN.com reported on the situation, “On Thursday, a group of California state lawmakers proposed a $400 rebate for the gas tax, in light of the sky-high gas prices that drivers are paying right now.”

While announcing the proposal, lawmakers said the $400 would more than cover a full year of California’s gas tax.”

And even the left press knew that was just not true.

“The rebate is just a proposal for now, with some distance to go before it’s signed into law. But would it really cover a full year of taxes for gas?

We spent some time crunching numbers so you don’t have to. Here’s what we found.

California’s gas tax for the period between July 2021 and June 2022 is $0.511 per gallon of gas, according to the California Department of Tax and Fee Administration. Assuming the gas tax rate stays the same after June 2022, the $400 rebate covers the state taxes a Californian would have to pay for roughly 782.8 gallons of gas. According to the EPA, the average “estimated real-world fuel economy” in the United States in 2021 was 25.4 mpg… read more at MSN, for how they decided- no, $400 would not cover one year’s worth of gas. CNN reported on the Democrat’s actions:

“As many Americans struggle to deal with the swift and sudden rise in gas prices, some states are temporarily suspending their gas tax to help drivers save several dollars at the pump.

Lawmakers in California, which has the highest gas tax in the country at 51-cents-per-gallon, are proposing a $400 gas tax rebate, after state Democrats previously shot down a gas tax pause.

Lawmakers say the rebate will cover the cost of the current gas tax for a full year for most drivers. Two states have already enacted laws suspending the gas tax and more states are expected to follow.

Kevin Kiley, a CA legislator whose bio says, “California Legislator fighting for sanity at our Capitol”, posted the roll call:

Kiley is running for US Congress to replace radical far-left Speaker of the House, Nancy Pelosi.

According to a press release from his campaign office,  he titled The Reeling Supermajority:

Democrats are in disarray at the Capitol. As one headline put it: “GOP Move to Suspend Gas Tax Puts Assembly Democrats on Their Heels – the move pushed by Assemblyman Kevin Kiley left San Diego Democrats scrambling for a coherent response.“ Spoiler alert: there was no coherent response. Some legislators claimed they hadn’t read the bill (it’s two pages).

Others complained about the procedure I used, failing to mention they used the same procedure for other bills that very day. Seeing that these excuses didn’t wash, Democrat legislators huddled and threw together a new plan: give every taxpayer a $400 “rebate.”

They rolled it out at a subdued press conference in front of the Capitol yesterday morning. Truthfully, this is the first time I’ve ever seen the Supermajority propose returning money to taxpayers. That tells you how much Monday’s vote rattled them. But it’s no substitute for suspending the gas tax. Our Assembly GOP caucus is united, and every GOP Member of Congress signed a letter to Newsom supporting my bill.

This really shouldn’t be partisan, though. We’re giving our colleagues on the other side another chance next week. Tell your Assembly Member no more excuses. Vote yes on AB 1638.

As we now know, the Democrats denied the people of California any relief to their out of control spending.