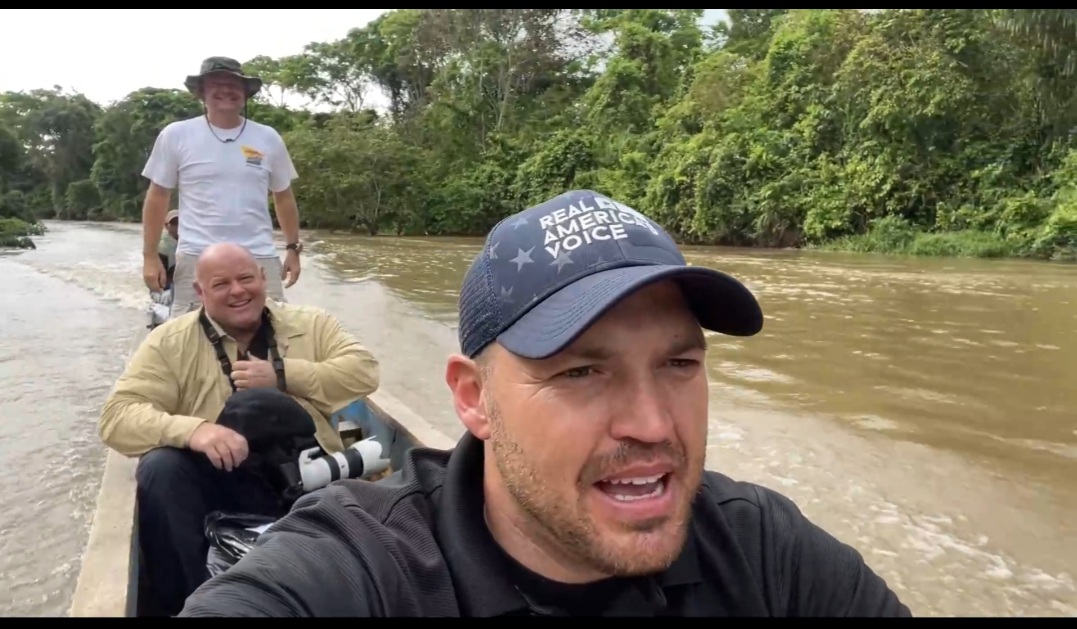 Ben Bergquam is Central America with investigative journalist Michael Yon and a team of technical support who are traveling around parts of Central America to chronicle the mass movement of illegal migrants coming into the US from Panama, Columbia.

In the video, Ben is seen discovering many people from the third world nations are making their journey into the United States of America, being lured there by the promises of open borders, freebies, and government handouts.

The Darién Gap is a geographic region between the North and South American continents within Central America, consisting of a large watershed, forest, and mountains in Panama’s Darién Province and the northern portion of Colombia’s Chocó Department.

Showing photos of longboats of men, Ben says that the area where he is filming at the time is now a pass-through now to get illegals to the United States.

“Large boats full of people from Africa are passing us.  We are asking people where they are from as they pass though, and some of them don’t even speak Spanish.  The Democrats are destroying this land by supporting this invasion and it is destroying this beautiful forest,” Bergquam said in the video.  “We have seen 8 boats, with almost 20 people in each boat- and they are all coming up and headed toward a board near you.”

“Heading upriver into the Darien Gap, in Panama to investigate more of the #BidenBorderInvasion the left doesn’t want you to see. Joe Biden and Secretary Mayorkas are traitors and liars, all they and the Democrats are doing is aiding and abetting the invasion of America! They need to be held accountable!” Bergquam reported describing the following video: