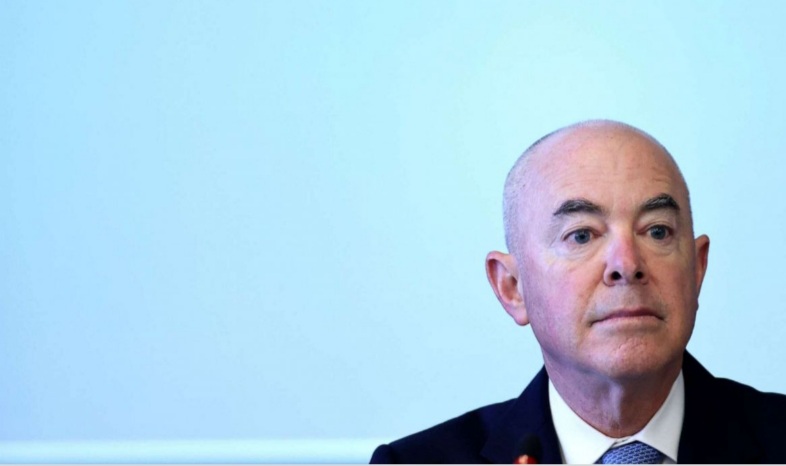 Ben Bergquam, the host of Law and Border on Real America’s Voice, posted shocking footage of a migrant camp in Columbia that shows the well-organized tools for building the invasion of the United States of America.

“Exclusive footage of UN Illegal Migrant Camp in Lajas Blancas Panama set to pass-through 2,000 illegal migrants at a time as Biden/Mayorkas “Controlled Flow,” aka controlled invasion plan takes full effect, and you’re paying for it America! @RealAmVoice,” Bergquam posted along with a short video showing the camp, and talking about the consequences for the USA from the Democrat’s tactics to make everything run smoothly.

Fox News reported about a tense exchange that happened Thursday.

Homeland Security Sec. Alejandro Mayorkas tells Rep. ⁦@Jim_Jordan⁩ (R-OH) he is unsure of whether 42 illegal immigrants on the terror watch list were released into the United States.

Republican Rep. Jim Jordan was cut off and left seemingly stunned while grilling Homeland Security Secretary Alejandro Mayorkas on whether 42 illegal immigrants on the terror watch list have been released into the United States.

“Forty-two illegal immigrants were encountered at our border are on the terrorist and no-fly list. Are any of them still in our country?” House Judiciary Committee ranking member Jordan asked Mayorkas Thursday during a Capitol hearing.