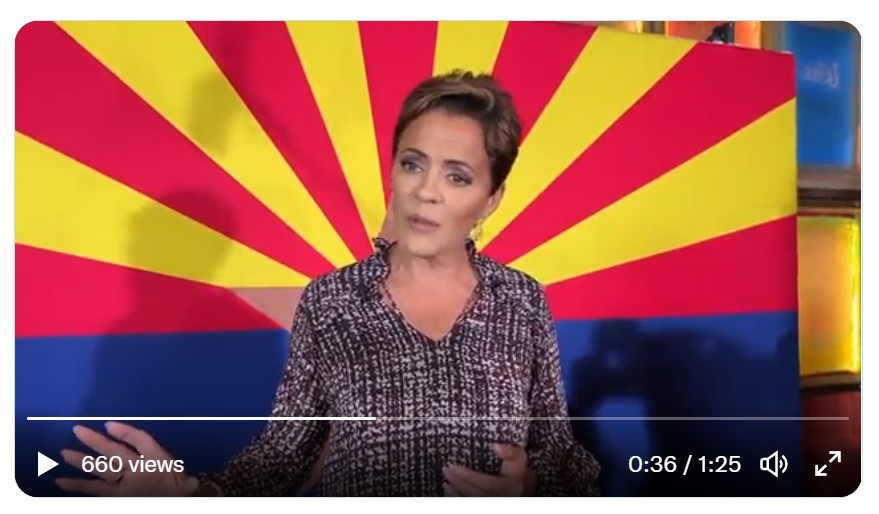 Ben Bergquam, the host of Law and Border on Real America’s Voice, had an opportunity to get exclusive content from AZ Governor candidate about how she views the importance of the Southern border in her state.

Watch as Bergquam gets some great quotes from Lake, just a few days before the Nov. Midterms. Lake is running against Black Lives Matter member Katie Hobbs.

First Bergquam reminds us of who Lake’s opponent is- a radical:

Then he shows why Americans, who are concerned with the US Southern Border should support Lake:

Wonder why Twitter would suppress this video? Automatically sent it to “Tweets & Retreats” which basically hides it. You wouldn’t think the leftists at Twitter that @elonmusk hasn’t fired yet would be trying to impact the elections?! Noooo! They would never! 🤔@KariLake for Gov! https://t.co/rQ9XcqCJmm

https://t.co/kr0NLAgeFr promo code: #FRONTLINE for the luxurious Giza Dream Sheets for as low as $29.99! pic.twitter.com/XzW8Ug9BZU