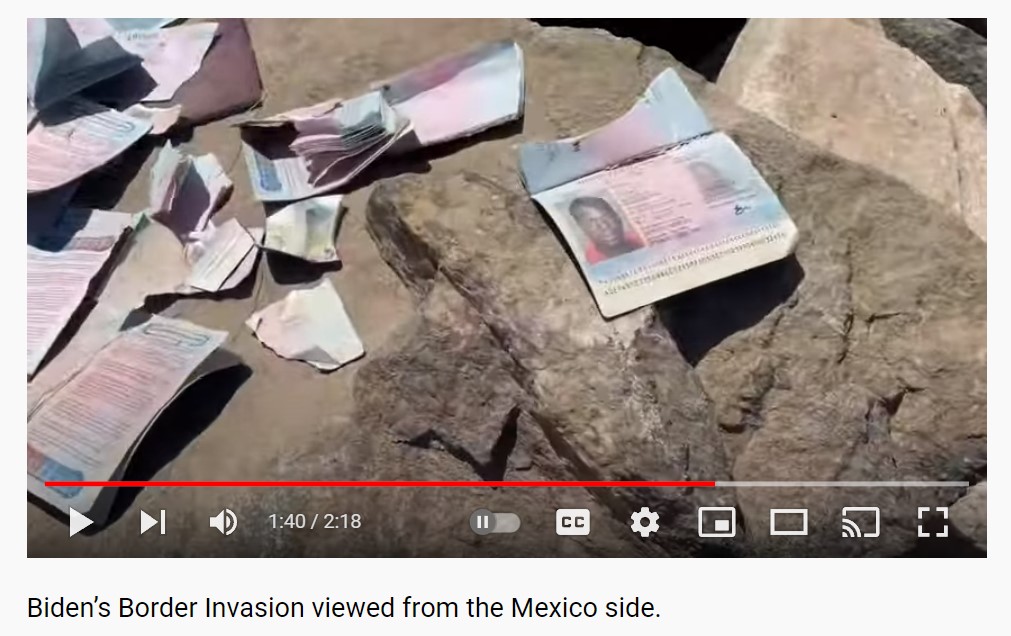 Ben Bergquam and Oscar El Blue, two courageous investigative reporters working on Real America’s Voice show Law and Border, exposed Biden’s shocking Border Invasion live from the Mexico side of our Southern Border while they were on the scene in Los Algodones, MX.

As heard in the video, the migrants they are seeing are not from Mexico. They are from Africa.

“It is knee-high here and this is how easy it is to cross here. Just like that they have broke into America and they are headed in for all the freebies in your pockets, thanks to Joe Biden and the Democrats,” Bergquam said as he filmed the groups crossing over and fleeing to the other side of the embankment.

El Blue, a citizen of Mexico, has worked from inside his country to expose the long-time plan of the American Democrats, who push for the intentional destruction of America and Mexico. Having foreigners run through Mexico has caused crime rates to skyrocket in his country, threatening the Mexican people and the American people.

“All of these documents say Senegal and parts of Africa, and they are ripping them up so Border Patrol doesn’t know who they are,” Bergquam said.

Bergquam and El Blue captured on film groups of people crossing the border to escape into the United States, after discarding their legal documents.

The people in the following footage are from Africa. Please share this video to show people what the Democrats are doing to our country.

The only way to stop this invasion is for the American people to say they have had enough.