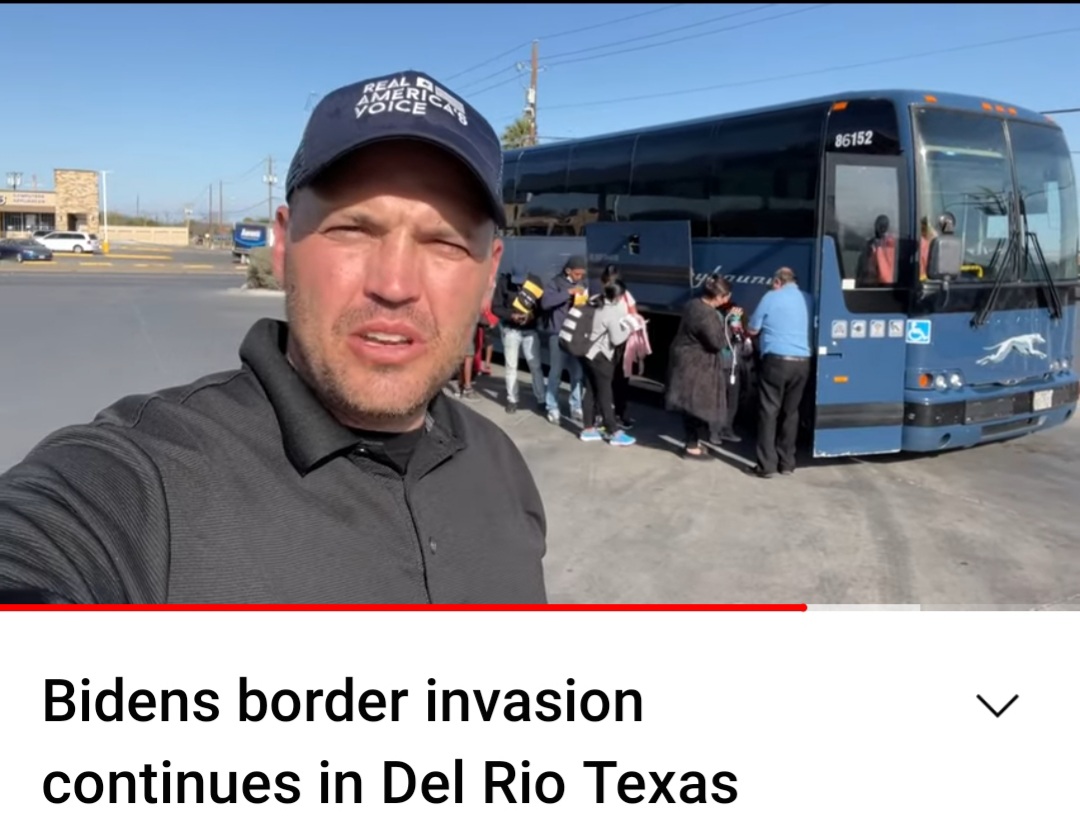 Ben Bergquam recently- through interviews and exclusive footage- tracked the journey of people coming into Del Rio, Texas- from Cuba, Venezuela, and Nicaragua, who he showed being taken into other parts of the United States by Greyhound Bus.

Bergquam reported that many of the illegal crossers were headed to Miami, Florida, according to their own stories.

The US Border Patrol reports that all of the State’s facilities for the illegal crosses are full, so they are transporting the invaders into other parts of the country.

“They all know the timing of the Bus,and they line up to get on the bus to be taken to an airport. They are given free tickets, money, clothing and new backpacks at your expense,” Bergquam said.