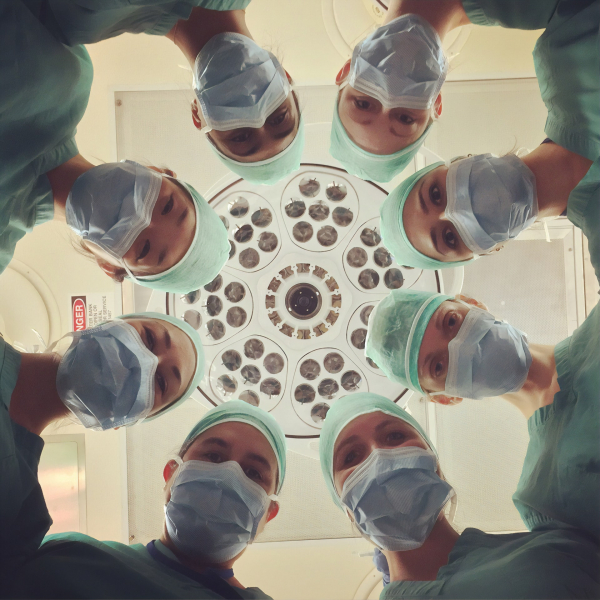 Sending a Christmas thrill to all Marxists worldwide, left-leaning MSNBC reported on Friday to audiences a fake news story that Western Medicine has taken a direct shift in treating people, in Canada, with one doctor ‘diagnosing’ a patient with Climate Change.

“Very smart, actually. If people can prove in a medical settings climate change is harming their health, that can be admitted in court. And if courts rule climate change damages health, it could compel governments to pursue policy addressing climate change,” one poster honestly admitted about the true purpose for social medicine.

Key Point: Their reporting is propaganda.

MSNBC, a far-left media company, hauled out a story about an event from June and bypassed media reporting that the Doctor in question did not intend a diagnosis of “climate change.”  But it is a convenient stroke of leftist propaganda by MSNBC to pretend they didn’t know that- so they can push their climate hoax agenda.

Consider why MSNBC is Fake News by reading this Yahoo News report on the fake Climate Change Diagnosis: “When a Canadian doctor wrote two words on a medical chart, he had no idea those few strokes of his pen would make global headlines. “Climate change” is what Dr. Kyle Merritt wrote alongside a patient’s symptoms following a heatwave which resulted in poor air quality across Nelson, British Columbia, in late June.” Doctor clarifies reports he diagnosed patient with ‘climate change.’

Dr. Merritt confirmed he has only added the words climate change to one patient’s chart.

In the case of his 70-year-old patient, he believes it “had to be part of the reason” she was admitted to the emergency room, and so he felt confident adding the term. Reflecting on his decision, Dr Merritt said he “wasn’t trying to make a big deal out of it”, but felt it was important for both him and his colleagues to “recognise the truth” and add the contributing factor of climate change.

While there have been some headlines claiming he diagnosed a patient with “climate change”, Dr Merritt confirmed this is not the case as “climate change is not a medical condition”, but rather a contributing factor which can worsen illness.

BUT THAT DOESN’T STOP MSNBC FROM PUSHING THE LIE AGAIN

“When a woman showed up at an emergency room in Canada dehydrated and suffering from asthma and diabetes, Dr. Merritt admitted her citing climate change as the underlying cause for her condition. Many perceived it as a first-of-its-kind diagnosis,” MSNBC reported on Friday.

Poster RRL brings up a great point, which medical school taught him that?  Lets figure it out.

“A Canadian doctor pointed to ‘climate change’ as the cause for a patient’s asthma after finding that an unprecedented heat wave and poor air quality contributed to the person’s deteriorating health.

Dr. Kyle Merritt, who works at a Nelson, British Columbia hospital, said the environmental hazards prompted him to make his first ‘climate change’ clinical diagnosis after treating the patient who came in struggling to breathe.

‘If we’re not looking at the underlying cause, and we’re just treating the symptoms, we’re just gonna keep falling further and further behind,’ the emergency room doctor told Glacier Media.

The Daily Mail reported on the shift in medicine in November and its purpose:

The observations made by Merritt and other doctors throughout the western Canadian province promoted the colleagues to launch Doctors and Nurses for Planetary Health.

The healthcare professionals are using the group to advocate for better health by protecting the environment, they said on the website.

‘We are deeply concerned about the climate crisis and its impact on health,’ the group’s website says. ‘This summer, our patients experienced extreme weather events of heat dome, drought, and severe wildfires. Record-breaking temperatures soared above 40 degrees Celsius in June and air pollution from wildfires reached 43 times the amount of safe levels throughout July and August.

MSNBC IGNORED ALL OTHER MEDIA INVESTIGATIONS, AND CLEAR CONFLICT OF INTEREST ON PART OF THE DOCTOR= AND THEY NEED TO BE EVALUATED FOR THEIR PURPOSE

Clearly, Western Medicine is being targeted by Marxists and it is not only Canada that is at risk of losing medicine and science.

In April I uncovered a social justice warrior in the United States, who is not happy that I exposed his posts, and he blocked me on Twitter. However, that did not prevent me from covering his agenda to change western medicine into his hateful utopia.

Check this article out about Duke University, a known hotbed of Marxist usurpers like Eugene Gu.

Consider how Duke University plans to change the face of medicine where Judy Seidenstein plans to transform medicine.

“The Duke University School of Medicine has been selected as one of 11 medical schools from across the United States and Canada to participate in the Anti-Racist Transformation in Medical Education (ART in Med Ed) project, a national collaborative to dismantle systemic racism and bias in academic medicine.

Sponsored by the Josiah Macy Jr. Foundation in partnership with Mt. Sinai’s Icahn School of Medicine, this three-year change management process uses a unique systems-thinking approach to dismantle systemic racism and bias in work and learning environments and promote shared learning within and across medical schools.

The School of Medicine’s participation in ART in Med Ed aligns with and supports key elements of its Dismantling Racism and Advancing Equity, Diversity, and Inclusion Strategic Plan, including a commitment to establishing the school as a transformative leader in anti-racism, and social justice education and research.

“We are thrilled to engage in ART in Med Ed,” said Judy Seidenstein, chief diversity officer of the School of Medicine. “Joining this unique community of practice will allow us to continue to build on the success of Duke Health’s Moments to Movement initiative and engage with and learn from other academic medical centers who are doing this critical work.”

CHECK OUT HER AGENDA:

Here is the Seidenstein from 2011 at Duke University – ask yourself where these doctors get their instruction on climate change. Notice at 3:13 mark- she specifically says – Weather.

Have you connected the dots yet?