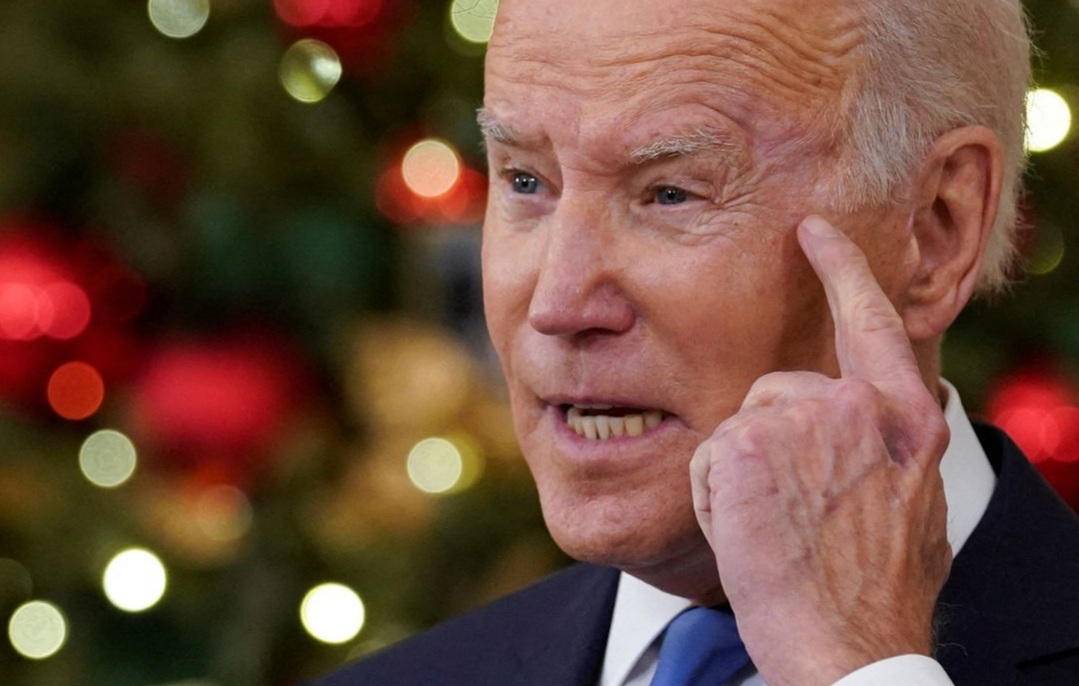 Joe Biden’s government has spent a lot of money and dedicated a lot of time to demand people to get shots they are calling COVID Vaccinations.  Due to very high government distrust, many Republicans and President Donald J. Trump supporters have refused to listen to Biden. According to a recent survey, they are still refusing ever to get the government-mandated shots at all, no matter what Biden does.

Key Point: Democrats have known for months that many Americans do not trust them and yet the government has done nothing to earn trust- some question how much the Democrats care about doing so.

Washington Post reported in April about the brewing trust problem between Democrats and Trump supporters:

“Stop talking about the possibility of coronavirus booster shots. Don’t bully people who are vaccine holdouts. And if you’re trying to win over skeptics, show us anyone besides Dr. Fauci.

That’s what a focus group of vaccine-hesitant Trump voters urged politicians and pollsters during the weekend, as public health officials work to understand potential roadblocks in the campaign to inoculate Americans against the coronavirus. Among the most pressing questions are why so many GOP voters remain opposed to the shots and whether the recent decision to pause Johnson & Johnson vaccinations was a factor.

Although more than half of U.S. adults have received at least one dose of coronavirus vaccine, more than 40 percent of Republicans have consistently told pollsters they’re not planning to be vaccinated — a group that could threaten efforts to tamp down the virus’s spread, public health officials fear.

And nothing much has changed, according to recent polls.

“Whopping 62 Percent of Unvaccinated People Say They’ll NEVER Get a Covid Shot of Any Kind,” Tommy Christoper wrote for Mediate about a recent poll.

Democrats are baffled at the high number of Americans who can not be bullied by the US Government.

According to the Mediate report:

Respondents to a new The Economist/YouGov poll were asked to describe their vaccination status, and 31 percent said that “I have NOT received ANY shots of ANY manufacturer’s COVID-19 vaccine.” In comparison, 69 percent said they’d gotten at least one shot.

Of those who have gotten the vaccine, 92 percent have gotten either two doses (43%) or have also gotten a third dose (49%).

The respondents who said they haven’t gotten any shots yet were asked about their future plans, and 62 percent said “I do not plan on ever getting ANY shots of ANY COVID-19 vaccine.”

White males without a college degree and Trump voters were the most likely, at 75 percent, to say they will never get a shot for Covid. Those groups, along with Republicans, also made up the largest shares of those who have not gotten a single shot as yet.

Another 18 percent were a “maybe,” and an additional 10 percent said they preferred not to answer. Only 10 percent said “I definitely will get a shot of one of the COVID-19 vaccines in the future.”

The Omicron variant doesn’t appear to have softened vaccine resistance much at all, at least not yet. Former President Donald Trump has made several well-publicized statements in favor of vaccines and booster shots recently. This week, he revealed that he’s had a booster shot, which drew boos from the crowd he was speaking to.

Democrats turn to their favorite tactics of shaming people, but it proves they do not understand the American people—espicially the American voters who support Trump.  And the evidence is clear that supporters of Trump’s support him because of his platform, not because they worship the man.

Even when they disagree with Trump on the safety of vaccines, Trump maintains higher favorability ratings than Biden.

The truth is that the Populist platform of individual sovereignty over medical choices is as important to Republicans as the platform of economic nationalism and other ‘America First policies.

Consider this post from a Republican candidate in Florida who is not White:

According to Johns Hopkins, “people of color” have a high rate of vaccine hesitancy:

“People of color might have particular concerns about the vaccines’ safety and effectiveness. Although Black, Hispanic, Native American and other people of color are overrepresented in severe coronavirus disease, vaccine hesitancy among these groups and others can complicate the decision about whether to be vaccinated.”

So shouldn’t this create a dilemma for the Democrats who are desperate to frame the vaccine-hesitant as merely uneducated White people?

WHITE PEOPLE AND TRUMP SUPPORTERS ARE NOT ENTITLED TO DISTRUST THE GOVERNMENT?

Besides that, the Democrats need someone to blame their problems on and some group to rally against.

Conveniently forgetting the fact that the county has faced more than 5 years of constant abuse on White Americans and Trump supporters, and the US government has perpetuated numerous hoaxes to unseat Trump, Johns Hopkins can not accept that anyone other than ‘people of color’ would distrust the government.

“People of color, along with immigrants and differently-abled men and women have endured centuries of having their trust violated. We need to give people the facts about the vaccine’s safety and efficacy, and renew their trust toward health care in general,” Golden says. “It’s incumbent on health care organizations and leaders to help repair and restore that relationship.

Perhaps Joe Biden should do some work and get the FDA busy working for the American people, but then who would Democrats vote against?