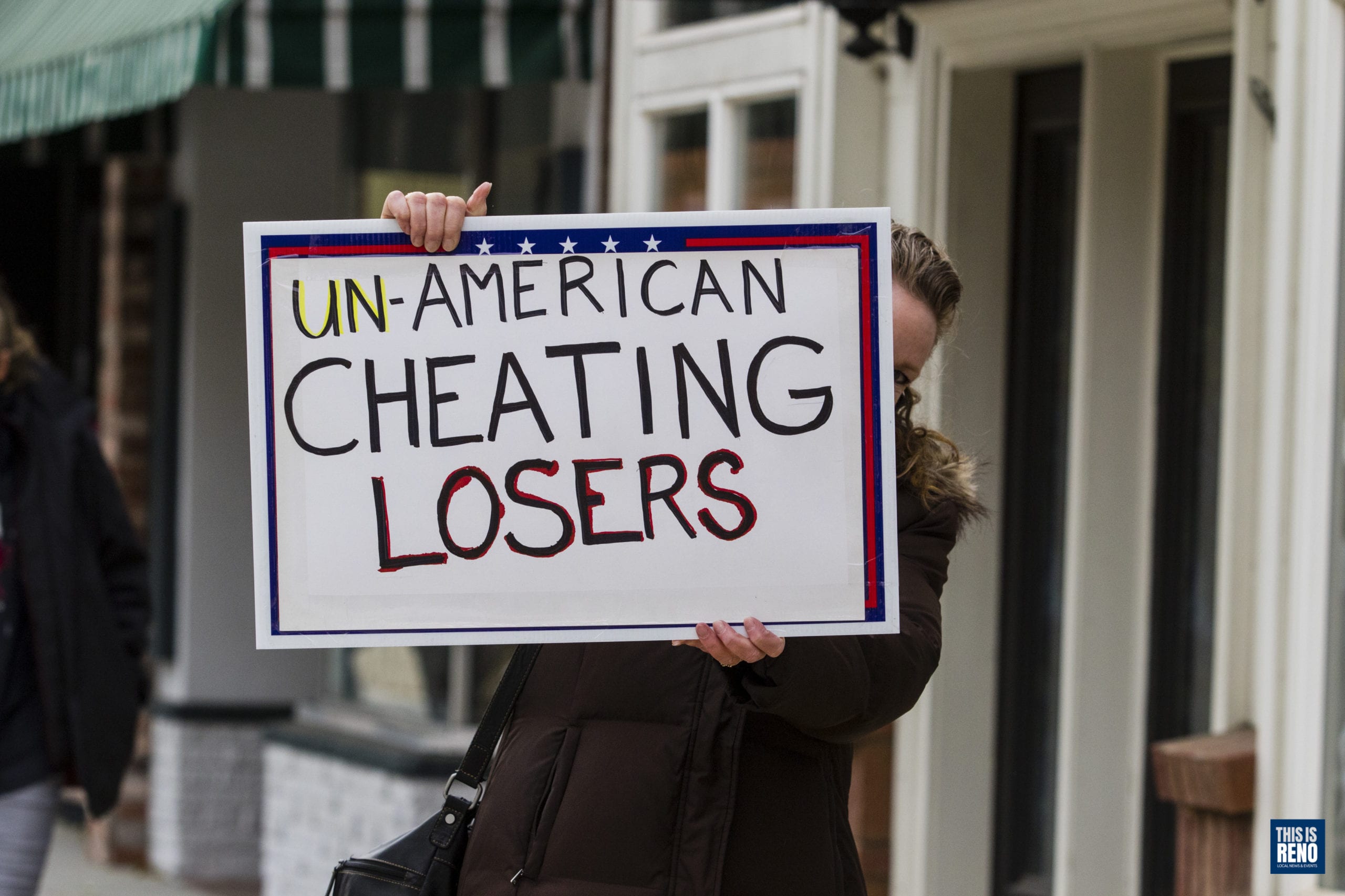 Democrats are in so much trouble heading into the November mid-terms that the panic of losing everything they fought so hard to cheat for is at risk, and even Democrats voters are disgusted by the political elite who tarnished the character of the average American Democrat voter by cheating, according to polls.

Check out this story by Rasmussen Reports, which point out the humiliating fact that Democrat voters know that Democrats in DC are cheaters.

Fact Check: A growing majority of U.S. likely voters have agreed with this view for over 9 months. Now including 41% of Democrats who believe cheating affected the outcome and 62% of Democrats who disapproved of what they know to date of the Zuckerberg financed election capers.

Rasmussen reports was responding to a post by Margot Cleveland, who tweeted:

“My new thesis: There was widespread fraud in the 2020 election and it was perpetrated by election officials,” Cleveland wrote.

Cleveland is an author for the Federalist.

The New York Post covered the fraud by Zuckerberg and reported on in 2021:

During the 2020 election, Facebook CEO Mark Zuckerberg spent hundreds of millions of dollars to turn out likely Democratic voters. But this wasn’t traditional political spending. He funded a targeted, private takeover of government election operations by nominally nonpartisan — but demonstrably ideological — nonprofit organizations.

Analysis conducted by our team demonstrates this money significantly increased Joe Biden’s vote margin in key swing states. In places like Georgia, where Biden won by 12,000 votes, and Arizona, where he won by 10,000, the spending likely put him over the top.

This unprecedented merger of public election offices with private resources and personnel is an acute threat to our republic and should be the focus of electoral reform efforts moving forward.

The 2020 election wasn’t stolen — it was likely bought by one of the world’s wealthiest and most powerful men pouring his money through legal loopholes.

The Center for Technology and Civic Life (CTCL) and the Center for Election Innovation and Research (CEIR) passed a staggering $419.5 million of Zuckerberg’s money into local government elections offices, and it came with strings attached. Every CTCL and CEIR grant spelled out in great detail the conditions under which the grant money was to be used.

This is not a matter of Democrats outspending Republicans. Private funding of election administration was virtually unknown in the American political system before the 2020 election.

Big CTCL and CEIR money had nothing to do with traditional campaign finance, lobbying or other expenses that are related to increasingly expensive modern elections. It had to do with financing the infiltration of election offices at the city and county level by left-wing activists and using those offices as a platform to implement preferred administrative practices, voting methods, and data-sharing agreements, as well as to launch intensive outreach campaigns in areas heavy with Democratic voters.

The latest figures include 24% who Strongly Approve of the job Biden is doing and 47% who Strongly Disapprove. This gives him a Presidential Approval Index rating of -23.

Biden is sinking, and there is no sign still of the “81 Million” voters who favored him- and now we know that the Democrats aren’t happy about the way Biden got into the White House.