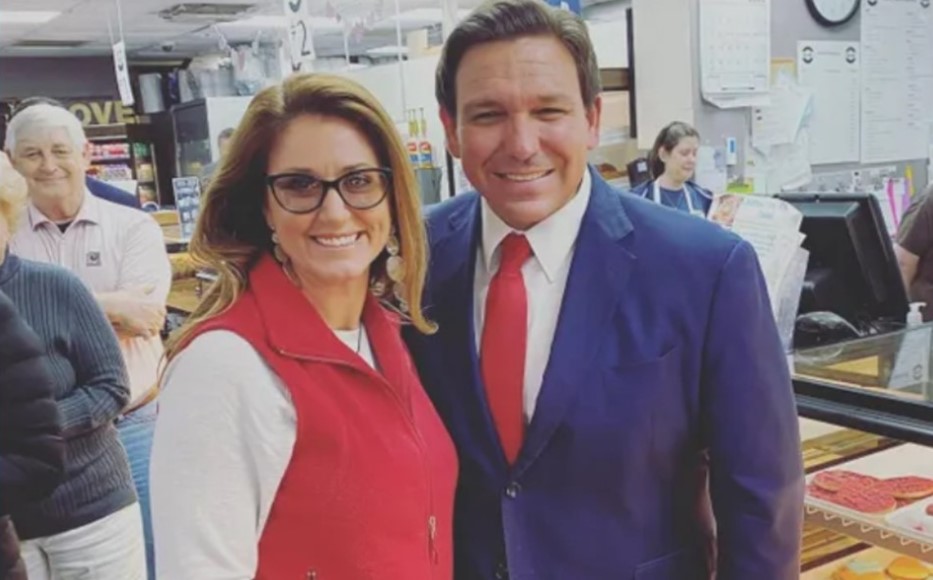 Florida Governor Ron DeSantis announced Thursday the appointment of Esther Byrd, member of Moms for Liberty – Duval to the state Board of Education. The appointment is subject to Senate confirmation.

“I am excited for the opportunity to serve the students and families of Florida on the Board of Education. Parents are extremely frustrated with being cut off from the decision-making process on issues impacting their children. I will work to amplify their voices, address their concerns, and fight to put children first,” said Byrd.

According to a press release from the group:

Moms for Liberty is a national nonprofit organization that works to empower parents to defend their parental rights at all levels of government. They have grown to 176 chapters in 34 states with 26 of those chapters in the state of Florida. Moms for Liberty – Florida recently held their 1st annual legislative days in Tallahassee where they lobbied legislators to support the Parental Rights in Education and Individual Freedom bills, both are now headed to the governor’s desk. Tiffany Justice, co-founder of Moms for Liberty said, “We are grateful our governor values parents as a vital stakeholder in public education. Partnering with your child’s school should be just that, a partnership. We are not co-parenting with the government.” Moms for Liberty continues to see explosive grassroots growth as American parents claim their rightful seat at the table when decisions are being made that impact their children. For more information or start a chapter near you, please visit MomsforLiberty.org

CNN reported on Moms For Liberty and the Florida Founders, in 2021:

Tucked away in the back of an office in a Florida strip mall is a tidy storage room filled with hundreds of navy blue t-shirts, hats, flags and even Christmas decor.

“We have ornaments,” Tiffany Justice points out proudly, quick to show a version of a Thomas Jefferson quote on the ornament: “God that gave us life, gave us liberty.”

Liberty is a word she uses often.

Justice and fellow mom Tina Descovich are the two women behind Moms for Liberty, a group of conservatives that came together in January to fight for parental rights in Florida and has since spread across the country.”

And they have fellow travelers in high places.

Firebrand Populist-Conservative, America First- Republican, Ron DeSantis, Governor of Florida closed out the 2022 legislative session saying that it was “the year of the parent” because of the state’s great reforms in education assisted by Republicans and activists who were listening to the real concerns of Florida’s parents of school-aged minors. “Lawmakers focused most intently on schools, imposing new regulations on how race,sexual orientation and gender identity are discussed and heightening the public’s ability to object to books on school library shelves,” amp.jacksonville.com reported.

“As a parent of three kids that are age 5 and under, thank you for letting me and my wife send our kids to kindergarten without them being sexualized,” DeSantis said at the presser.

This year’s two-month session was busy with numerous high-profile legislation that drew in sometimes violent protests by the left, including a new bill passed in the Florida legislature that would ban the teaching of sexual orientation or gender identity in grades K-3. According to local media, “The measure has drawn mostly national criticism and even sparked a clash between DeSantis and Walt Disney Co. CEO Bob Chapek over what is officially titled “Parental Rights in Education.” DeSantis is a big supporter of the Republican bill the Marxist left doesn’t like: “I think if you look at what’s been done, both in terms of funding and policy, this really was the year of the parent in the state of Florida,” DeSantis said.

During the press conference to close the legislative year, DeSantis was asked by a reporter during the question-and-answer session how businesses would respond to the newly passed bill, which the left is calling “Don’t Say Gay” bill, trying to shame the supporters.

Using such language. the left hoped to apply some good old-fashioned peer pressure on influencers- and put pressure on the public to not support the activity of the state lawmakers. To no avail.

“People actually said that if you don’t have classroom instruction on sexual matters in grades K-3, that somehow businesses don’t want to be in Florida? I think people need to get out of their bubble and actually talk to parents,” DeSantis said. DeSantis was happy to talk about the bill.

“As a parent of three kids that are age five and under, thank you for letting me and my wife send our kids to kindergarten without them being sexualized,” DeSantis said during his remarks. Jacksonville.com reported:

The moment was briefly interrupted by a handful of protesters who showered the group with fake $100 bills with DeSantis’ face, chanting “freedom,” and “stop funding corporations, fund our communities.” Lawmakers had been pushed into Monday’s overtime session by failing to agree on a state budget in time to conclude the session by its scheduled deadline, last Friday. Instead, the session ended after about an hour’s work Monday with House and Senate voting on a $112.1 billion state budget and a host of bills attached to the spending plan.

The House voted 105-3 to approve the spending plan. Less than a half-hour later, the Senate approved it 33-0. Democrats, who almost uniformly opposed the highest-profile bills on the agenda of DeSantis and Republican leaders, didn’t share the governor’s view of the session’s accomplishments.

“It was a pure and simple culture war that we saw here,” said House Democratic Leader Evan Jenne of Dania Beach.

Activists such as Florida-based, Moms for Liberty have been instrumental in the great success for parents, by supporting Republicans like DeSantis.