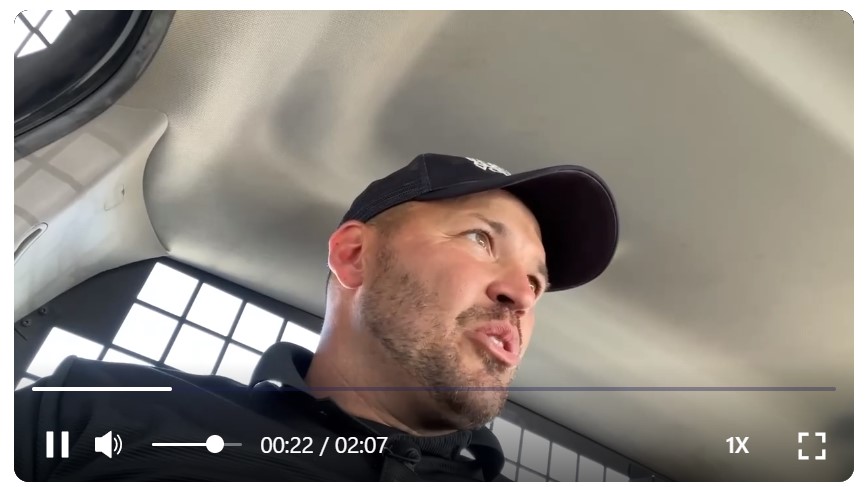 Ben Bergquam, a top investigative reporter for Real America’s Voice, reported from the back of a police cruiser on Friday, after he was detained by Border Patrol for his crew’s actions in filming people who were crossing the border illegally.

“There are guys out there fully armed, guns out- while Washington DC is supporting the Drug Cartels. While our country is being invaded, there are 60 guys who are just standing around and they are worried about us, ” Ben said as he and his team were separated and detained in separate cars.

“God Bless our Law Enforcement,” Berquan said with good humor, “But we just got the full border experience that no one from CNN or Fox News or the other stations got,” he said… because those media outlets don’t film the footage that the Real America’s Voice crew for Law and Border, film.

Bergquam explained the situation while sitting in the back of a patrol car! Showing illegal invaders walking around free, while he and his coworkers were taken out of a patrol car and questioned by men with guns, Ben said that no one was bothering with the men who just standing around after crossing the border, but his team was detained and questioned.

Ben’s new show promises to make Americans outraged by what Democrat Joe Biden has done to the United States of America. Watch Episodes of Law and Border here.