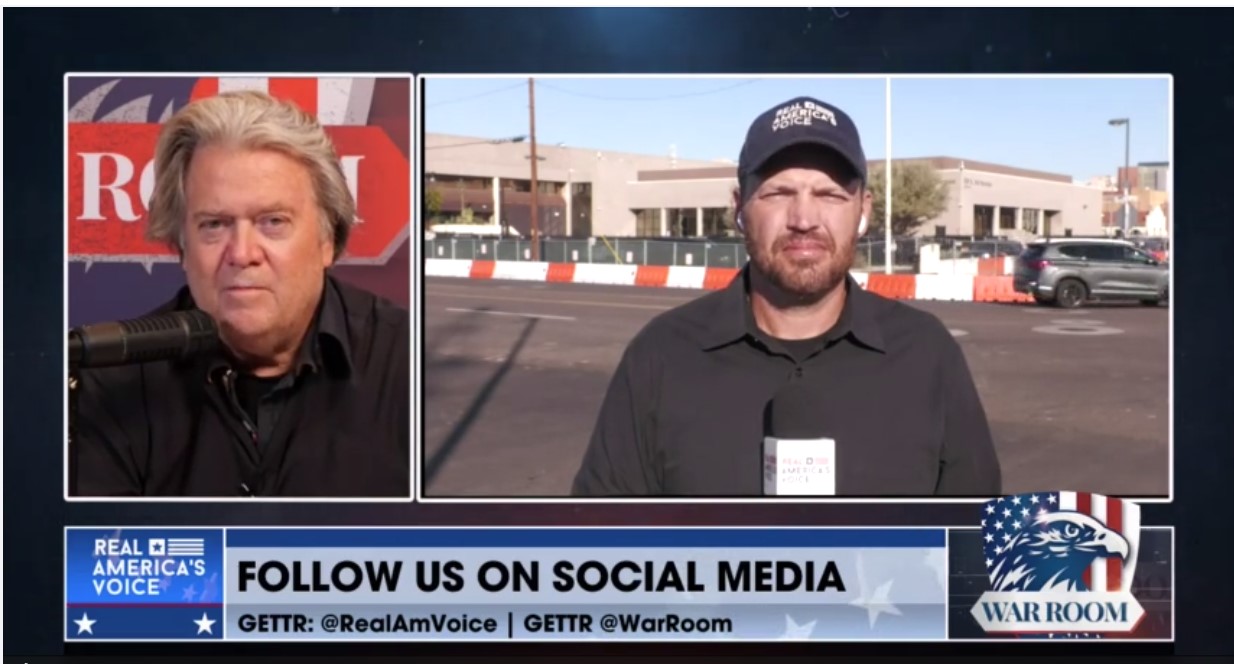 Ben Bergquam appeared on the War Room with Steve Bannon, on Tuesday and offered supporters of Kari Lake’s an action plan for supporting the Lake campaign as they continue to fight for an ethical election.
Lake is not done and Bannon and Bergquam want Lake supporters to keep working. Here is what they said:

America’s voice a been with Kari Lake, who said last night that she’s fighting on. There are a lot of the press of called this election over. I think there’s a 20,000-vote Gap but the question is about the certification people should understand.

Election Integrity’s Protected By Citizens, Submit Your Affidavits And Tips Of Election Fraud

Kari Lake team is not done, they’re not done fighting. And the message to the people here in Arizona, as if your vote was not counted, you need to get ahold of Kari Lake’s team at to cure KariLake.com forward slash cure your vote.

Check the links at the site to see if your vote counted.

And the most important thing is the people that were working these polling places that I’ve interviewed, we have to get your affidavits

If you saw them, putting ballots mixing boxes, putting them in trash bags. We need the affidavits. I believe based on the people that I’ve spoken to we’re talking to there are thousands of votes still being cured. So the battle continues here. How do you certify an election where the Secretary Of State was your opponent, where two of the members of the county and the elections officials had a pact against you? And now where we see you’ve got, basically, the McCain cabal going against you as well.

If Merrick Garland actually wanted to protect civil rights, they should have an investigation going right now into the disenfranchisement of Voters in Arizona, but we will continue to cover it, Steve.