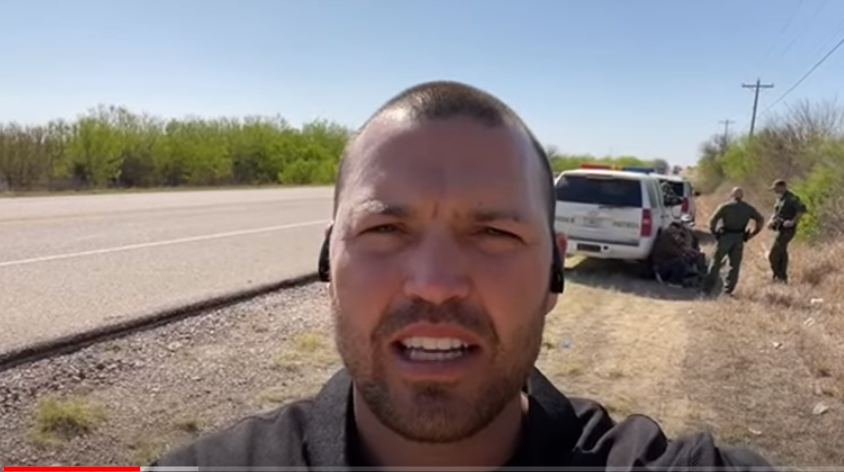 Ben Bergquam recorded live footage of a confirmed chase of men on the ground by the American Border Patrol.

“Please share this everywhere and show Americans what is happening. God bless our Border Patrol. We just happened upon this, “Bergquam said.

Berquam is joined by two other independent journalists. Will Johnson from United America First and “Conservative Anthony” of Border Network News.

“We have 6 men who have been apprehended out in the desert. The cartel controls all of this area. We were on our way to Larado, Tx, and saw helicopters and stopped and watched these border patrol capture these men. There is a drug cartel war going on in this area. The Border Patrol is being put in harm’s way for these Democrat open border policies,” Bergquam said.

“My wife escaped Communism with her family. I support legal immigration, but you have to see this because these are crimes against America,” he said.

“People calling me a racist for this coverage are wrong. I say the Government is creating a terrible list of crimes against humans with their policies, and they are dragging people to the borders. And our Border Patrol is being used like they are just Uber Drivers for these people who are doing illegal things,” he said.

“Call out CNN and MSNBC, who are telling you lies. We show you with the camera that this is happening,” he said.