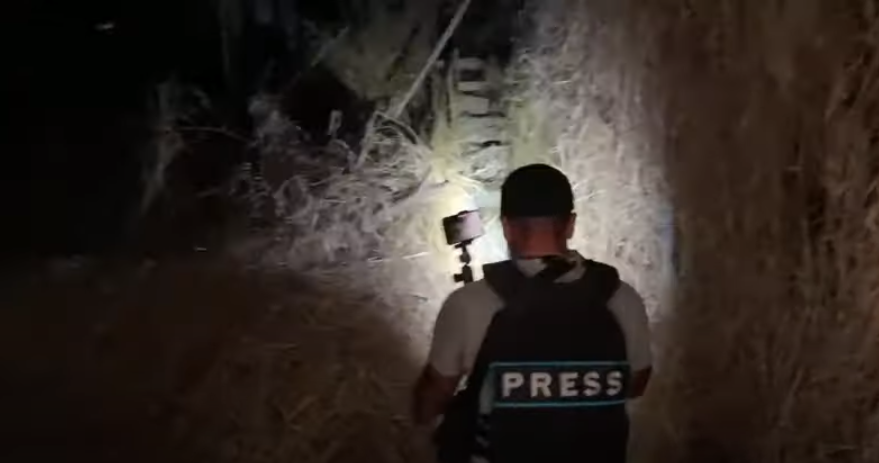 Ben Bergquam, the founder of Frontline America and a reporter for Real America’s Voice took viewers on a tour of Roma, Texas near the southern border to show the conditions of crisis he has been investigating and bringing to the American people.

“The Fake News won’t show you this. They don’t want you to know what is happening. we do, and that is why we are all out here. Leftists and RINOS need to be held accountable for this crisis. We want you to see the conditions on the border,” Bergquam said.

“We need to help people where they are, and I am mad at the corruption of dragging people here and politicians who lie to them,”

“You can not save the third world by saving the third world. They are going to make us sink down with them, ” Conservative Anthony, from Border Network News said.

“The Border Patrol I just talked to said this area is very quiet right now, but over the last two days has been very busy,” Will Johnson said.

Bergquam is joined by Will Johnson the fonder of Unite America First and “Conservative Anthony” of Border Network News, who together are hoping to educate viewers with investigations other media will not do on border issues.

In the video Bergquam shows, in the dark of night, an area where there are houses near a little island , which is situational in the Rio Grande river, where people are taken to wait to cross. into America. Berqguam describes the area as being perfect for drug smuggling as well.

As he is walking along and showing the area in the dark, he captures what he says are voices in the area of the island.

“I don’t usually do dark lives, look here at this innertube, it is deflated and someone used it to cross. All of these tracks are where people come and go through the reeds. They come from the island and through the reeds, and then they come out and go out this way,” he said showing the path that people take through 6-foot tall grass and reeds, he said while walking along a path in the dark.

“There are abandoned buildings and houses where they hide out down in that area,” Bergquam said, showing discarded clothing along the area which is a tele tale sign of illegal crossing activity.

“The trafficking that is going on, that we saw today with people holding children we were told may not be their own kids, is because of the leftist Democrat policies. There are 2,3, 4 year olds crying. Imagine the crimes they have seen. It is not humanitarian to drag people to the border,” Bergquam said, talking about his concerns over the the drug smuggling and human trafficking.

The group moves around the area discovering paths, hideouts and then has a little fun amoung dudes too,

Fighting for Freedom and having fun, watch the three guys show you Roma Texas at night.