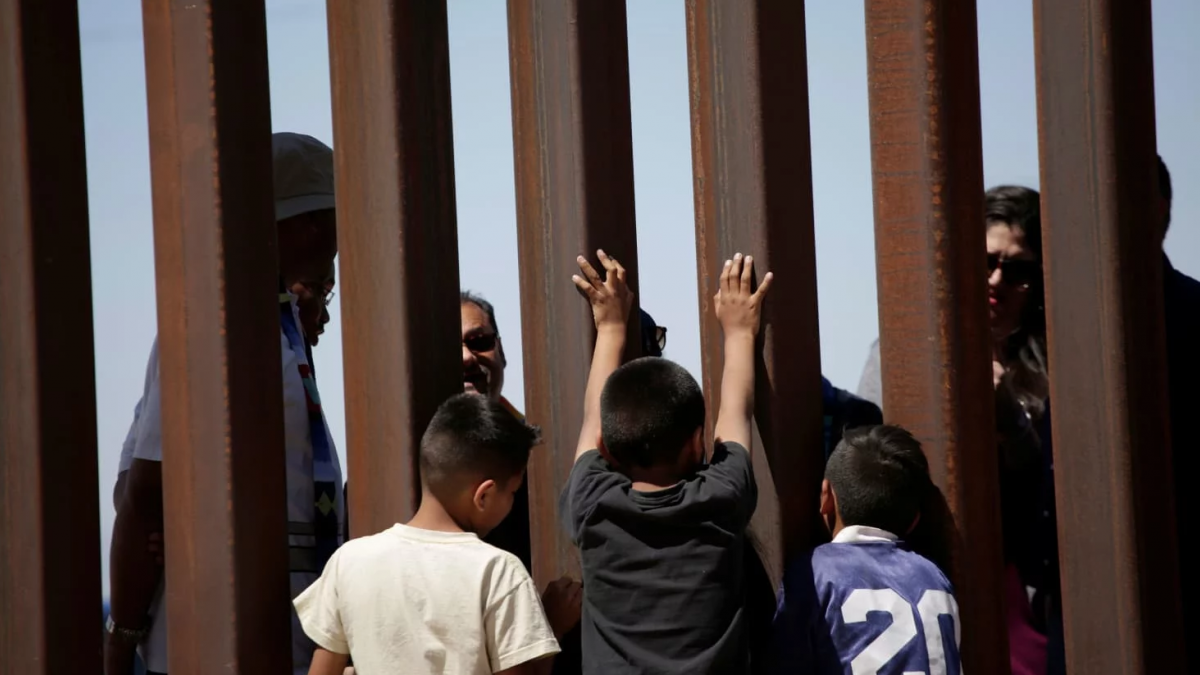 Democrats are such hypocrites! We heard nothing but drama for years about *breaking up families* over and over, with all of the media carrying the story as a political slam against Republicans on anyone who would dare suggest that we needed secure borders to protect American families- that in closing the border- it would break up migrant families.

Democrats, under Joe Biden, even perverted US Law to encourage migrants who wanted to cross into the US, to grab up babies so they could claim they needed easy entry into the US- ‘so no one would break up their family’— remember that?

If you do, then this next story about Democrats will alarm you! Democrat Joe Biden has changed his wide-open border policies – just for the optics ahead of the next elections- because he is about to get slammed on the border issue.

But now Biden is about to break up families…

Does anyone remember this?

Two years after family separation at the border blew up into a major crisis, the Trump admin is once again threatening to break up families, giving parents a choice of separation or deportation, @mollymotoole writes. https://t.co/AAg4TBczvA

“The Venezuelans who left too late: migrants stranded by abrupt Biden policy change

Migrants will no longer be able to join their families in the US while they wait their turn in the asylum process but instead forced to languish in Mexic,” The Guardian reported, adding:

“The news could not have reached Remira Alarsa at a worse moment.

Since leaving her home in Venezuela last month, the former teacher, her husband and her nephew had trekked thousands of miles through seven countries, determined to resettle in the US – only to be robbed of their savings in Guatemala.

Soon afterwards, she learned that it might all have been for nothing.

On 12 October, the Biden administration announced that it would deport Venezuelan migrants to Mexico, under a previously obscure public health law, Title 42, which was used for summary expulsions by the Trump administration and has been continued under Joe Biden.

Venezuelans arriving at the southern border will no longer be able to join their families in the US while they wait their turn in the asylum process, but will be forced to languish in Mexico, where they are routinely targeted for rape, robbery and extortion.

The abrupt implementation of Title 42 for Venezuelans has created an arbitrary cutoff, and left tens of thousands to an uncertain future.”

CNN reported on how Biden is trying to pass the buck back to President Donald J. Trump and try to save his own butt.

The Department of Homeland Security put together a plan months ago to deal with thousands of migrants arriving at the border: flying some of them to cities deeper inside the US for processing.

But the plan is dead for now, officials tell CNN, in part after the White House grew hesitant over the complicated logistics.

It has been an endless cycle since President Joe Biden took office, according to multiple administration officials and sources close to the White House. Agency officials dream up a plan but then struggle to get White House approval, even as the problem compounds and Republicans step up their criticism.

Frustration is mounting, too, especially among those on the front lines.

“Everything seems to influence each other,” one Homeland Security official told CNN. “Things develop. People change their minds. They lose one battle, and they do this instead.”

“I think they’re at the point where it’s Hail Mary after Hail Mary,” the official added.

As border arrests remain high, officials are grappling with how to stem the flow of migration – resulting in a constant churn of ideas, including processing migrants further from the border.

“Interior assistance and community support is something the White House is only serious about discussing when encounter rates rise,” another Homeland Security official told CNN, adding that additional big policy changes aren’t expected until after the midterm election.

The process is often bogged down by a back and forth between the White House and DHS. The department, under pressure to mitigate the situation on the US-Mexico border, floats proposals to the White House, which in turn asks for additional information, fueling frustrations between the two, sources told CNN. Disagreements and questions over policy, including interior processing, also bubble up among officials within DHS.

“These are areas that have we have been working through together,” a source familiar with internal discussions said, adding that there may be varying opinions across agencies as well as within them.

“There are always differences of opinions to work through,” the source added.

And last week, one significant plan came to fruition: The administration announced a humanitarian parole program for Venezuelan migrants while also expanding the use of the controversial Trump-era pandemic emergency restriction on the border.

“Encouraging robust debate, hearing different ideas, and getting lots of expertise before making policy decisions that impact millions of lives is a feature, not a bug,” said Abdullah Hasan, a White House spokesperson, in a statement. “And it is through this smart, deliberative, and collaborative approach that we have seen significant progress in rebuilding the immigration system the prior Administration gutted.”

A DHS spokesperson defended the administration’s response to what it called a “broken and dismantled immigration system” it inherited from the Trump administration.

“The administration has effectively managed an unprecedented number of noncitizens seeking to enter the United States, interdicted more drugs, and disrupted more smuggling operations than ever before, all while reversing the cruel and harmful policies of the prior administration,” the spokesperson said.