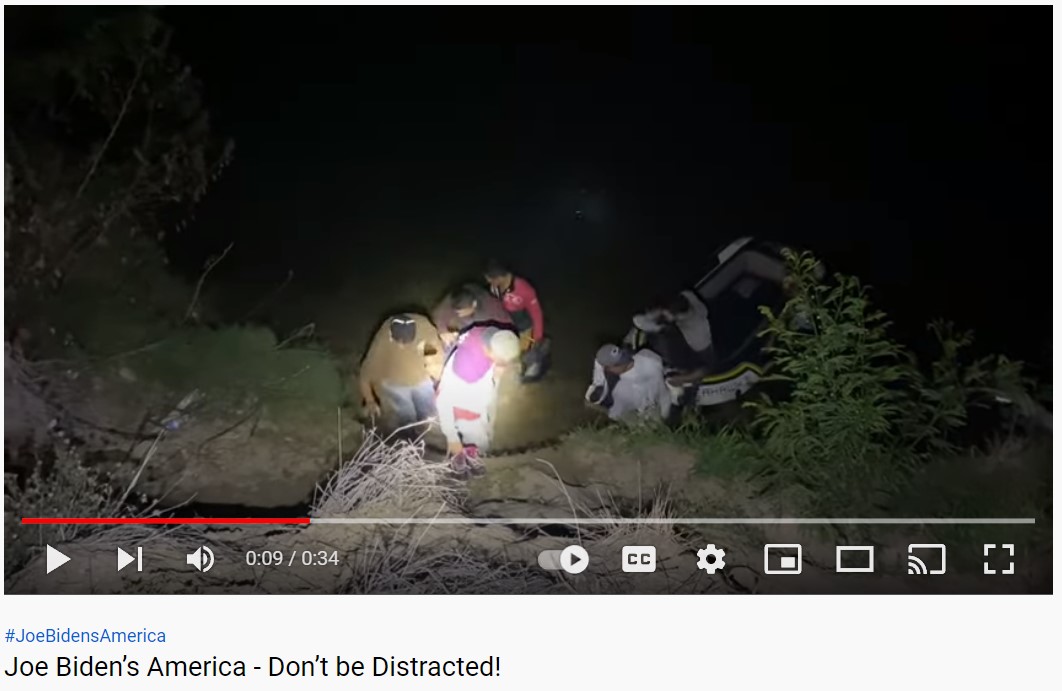 It is not a secret that illegal invaders feel very confident crossing the Southern border between the United States and Mexico. Ben Bergquam, the founder of Frontline American and the host of Law and Border on Real Americas Voice, is constantly finding evidence that the United States is- in fact- being invaded.

In the following short video, Bergquam uncovers a group of men who have been brought into the United States by raft, under cover of nighttime, and dropped off.

Ben is there recording, and no one is the slightest bit concerned about what is unfolding, except for Ben, who rightfully points out that all of the men he sees are men of fight age.

CALL TO ACTION: Please share this video so Americans know what Democrat Joe Biden is doing to the United States of America.