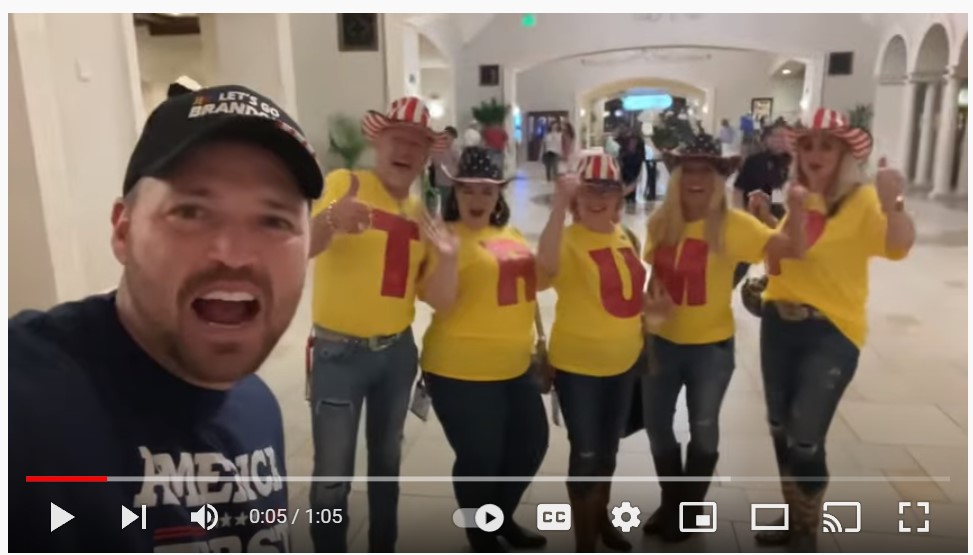 Fun breaks out everywhere Ben Bergquam goes for Real Americas Voice News and Frontline America. During his recent trip to CPAC in Florida, Ben ran into many patriots and grassroots activists. And he interviewed many newsmakers.

“It is time for everyone to get involved,” Ben Bergquam said at the start of CPAC.

Ben started as an activist himself and has made it to the position of a top news reporter, something that always deeply humbles him. Look for more stories about his journey- his struggles and his victories here on Frontline in the days and months ahead.

Ben interacted with so many great Americas during his recent trip- here is a small glimpse.

He started out with a group of patriots from Texas who have captured the nation’s attention with their bright yellow shirts. Check it out:

And he ran into patriots, originally from China, who want to wake up people about the CCP. This woman talks to people on the subway in New York City about Communism:

Ben got to spend time with his good friend, Marjorie Taylor Greene- who went from activist to firebrand Populist/ US Representative:

And Ben got to interview Mary the Truck Driver in the People’s Convoy, which he said was a highlight of the event: