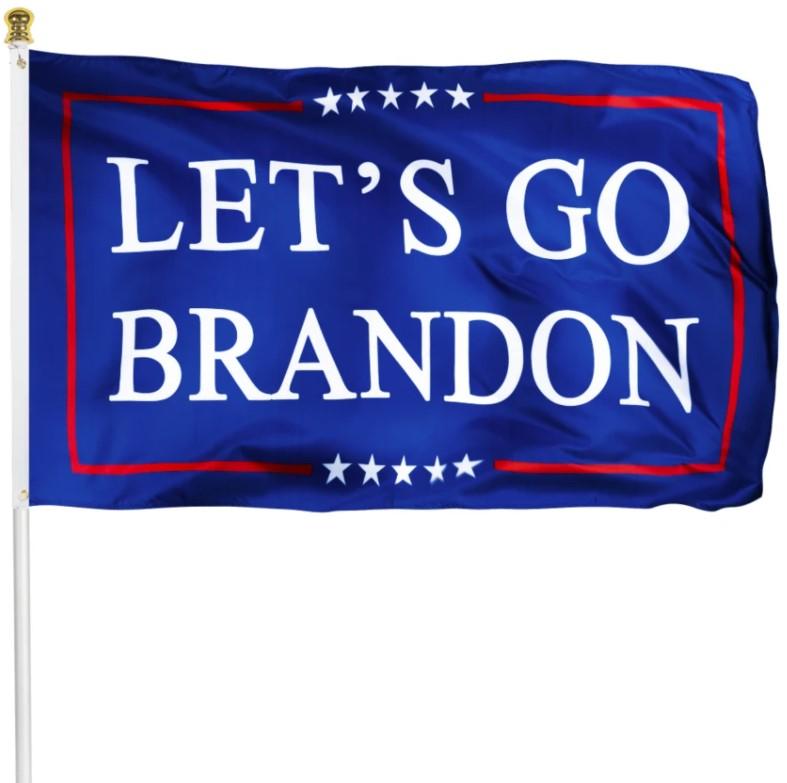 If it wasn’t clear before today, this message should be like a neon sign- flashing on and off in the reader’s head; that American media is little more than leftist propaganda and gatekeepers of accurate information.  The tale of “Let’s Go Brandon” is far more complex than a simple crowd chant, and to compound that- this story proves the left’s decades-long- hypocrisy.  And finally, here is the proof that the left has lost control of everything.

So- a movement has been born.  All indication is that “Let’s Go Brandon” is becoming  America’s modern-day: “Who is John Galt” moment… and the left is very aware of it happening.

Because "let's go Brandon" isn't just a euphemism, it's a reminder of the corporate press's failed attempt to tell us we weren't hearing what we heard.

‘Let’s Go Brandon’ was trending on social media all weekend, yet the American media is not at all interested in what is unfolding. That is unprofessional.

According to a recent Rasmussen Report, the American media has failed in their duties, and their iron grip on information is over; here is the complex core data:

Given almost 100% suppression of this topic by the American legacy media the results are very significant. Story suppression was their last strength. No more https://t.co/PaBa5RMwmF pic.twitter.com/257FTByjmv

The Trafalgar Group released a series of slides in the following report that examines the use of the chant and the media’s coverage of the chants, “F__K Joe Biden,” and the later (cleaned up and ironic version) “Let’s Go Brandon.”

“Big: @RobertCahaly surveyed U.S. likely voters about awareness & propriety of “Let’s Go, Brandon!” Given almost 100% suppression of this topic by the American legacy media the results are very significant. Story suppression was their last strength. No more,” Rasmussen reported on Monday.

Answered whether they were aware of the chat at NFL, over 57% of respondents answered yes. The data shows that Democrats, who like to control citizens’ messaging, media, information, and reaction, are getting pushed back into a box they will not like- on this powerful chant.

Independents are aware of the chant, and even 45% plus Democrats say that it is appropriate. And that is how the MSM, who refuses to cover the social phenomena, has proved they are worthless.

For decades, many people have known the bias in the mainstream media (MSM) that leaning toward a Marxist-Leninist-Communist Revolution. However, the cognitive dissonance for so many Americans has been an obstacle that prevents America from a free and honest media that serves the American people.

Where there are no honest media, we have lost elections to robust control seeking politicians who have usurped our Republic and re-made it into an unrecognizable – and massive centralized government, which it was never intended to be.

The battle over educating Americans with accurate information has been in a rage for almost two decades with the rise of independent journalists, the foundation of the TeaParty then MAGA movements.

Activists have long known about the power of the media-Propaganda from the pre-Tea Party days; from 2003, a left-leaning CBS insider released a book: Biased.

Modern-day digital Pamphleteers have had some success growing large platforms for readers but face enormous pressure to conform- as well.

COLONIAL INSULT TURNED BACK AROUND

Our rebel ancestors had Yankee Doodle, which the Brits used to mock their pursuit of Freedom. They eventually turned that song around and used it for their rally cry against the Brits.

Now we have our moment- as  long-time liberty lovers say: It was ever thus.

Independent journalists have worked for little pay and faced significant opposition – and those days are coming to an end; the proof is a simple chant- Let’s Go, Brandon.