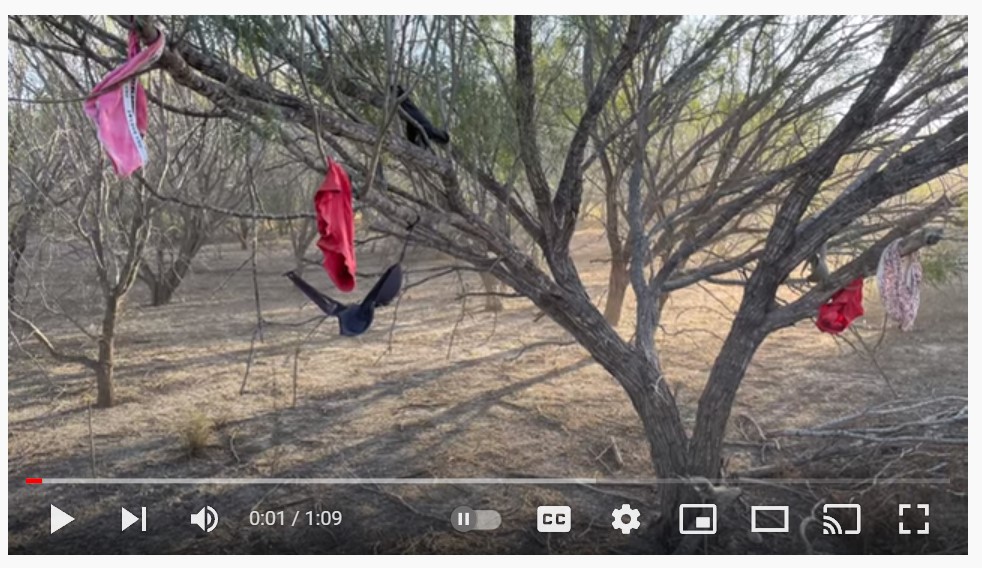 Ben Bergquam, the founder of Frontline America is a top investigative reporter for Real Americas Voice, whose courageous reporting dares expose the very stories and information that Democrat Joe Biden does not want the media to talk about.

The Biden administration is in partnership with vicious Mexican Drug cartels, who also want details of the mass migration into American- to be suppressed.

On a recent journey to the border, Bergquam published the following reports while he was in Texas with border experts. All Americans should see these to best determine the complex the threats America faces:

“Joe Biden and anyone who supports this border invasion own this!” Bergquam said.

“These evil NGO’s need to be held accountable – anyone caught helping illegals invade our country should be deported back to the country from which the illegals came! #BidenBorderInvasion,” Bergquam said.

“Every day Biden’s border invasion gets worse! Just wait for what we find next! And for more border coverage be sure to follow me and my brother @realAnthony on #GETTR – Way better than Twitter,” Bergquam wrote.

“From La Joya Texas illegal point of entry, I find thousands of cartel wristbands that are worn by the illegals that they are trafficking to verify they’ve paid the cartels either with money or with their lives. Expose the truth! 4 ways to support the mission to expose the left:” Bergquam reported.