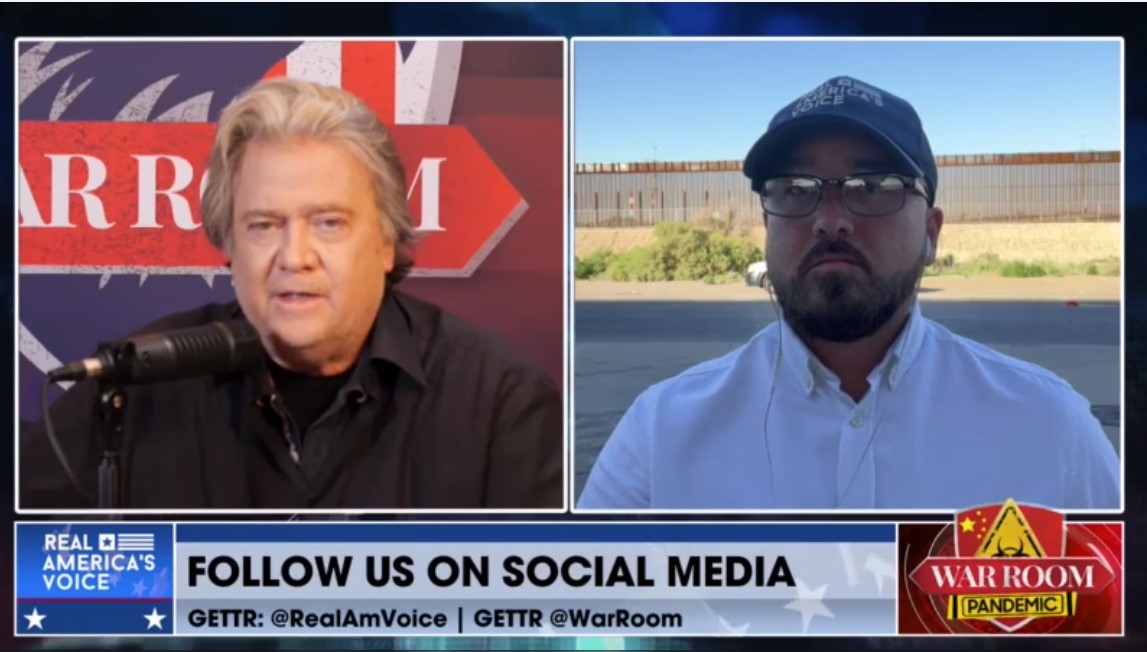 Anthony Aguero appeared on the War Room with Steve Banno from El Paso Texas to report on some footage he had that was very disturbing of a child who appeared to be semiconscious and who was being aggressively handled by two adults who had crossed the border.

Here is what Aguero told Bannon:

“Gov. Ducey is just another clown show. These containers are not stopping, absolutely nothing. All they’re doing is basically shifting all of that traffic away from the public eye view every night that we were out there. We witness an average of about 800 individuals coming in every single night.

Border Patrol was not even out there to receive these people and take them into custody immediately, sometimes individuals walk right into the community.

Now, one thing that I want to point out. Also, talking about these governors is Governor Abbott, shipping all these individuals to New York. When I see people clapping for this behavior. I’m dumbfounded simply because in 2010 season we go back to 2010 census for every 770,000, illegal aliens, that were filled out.

In the 2010 US Census in a sanctuary city or state, the Democrats added another US House of Representatives seat,

To them. So this is not helping anybody whatsoever.

A lot of the time, these children are just being trafficked unchecked and unvetted. Unless the child actually is telling on these individuals, hey, this is not my parent’s border. Patrol will basically do nothing and continue just to continue feeding the pipeline. “