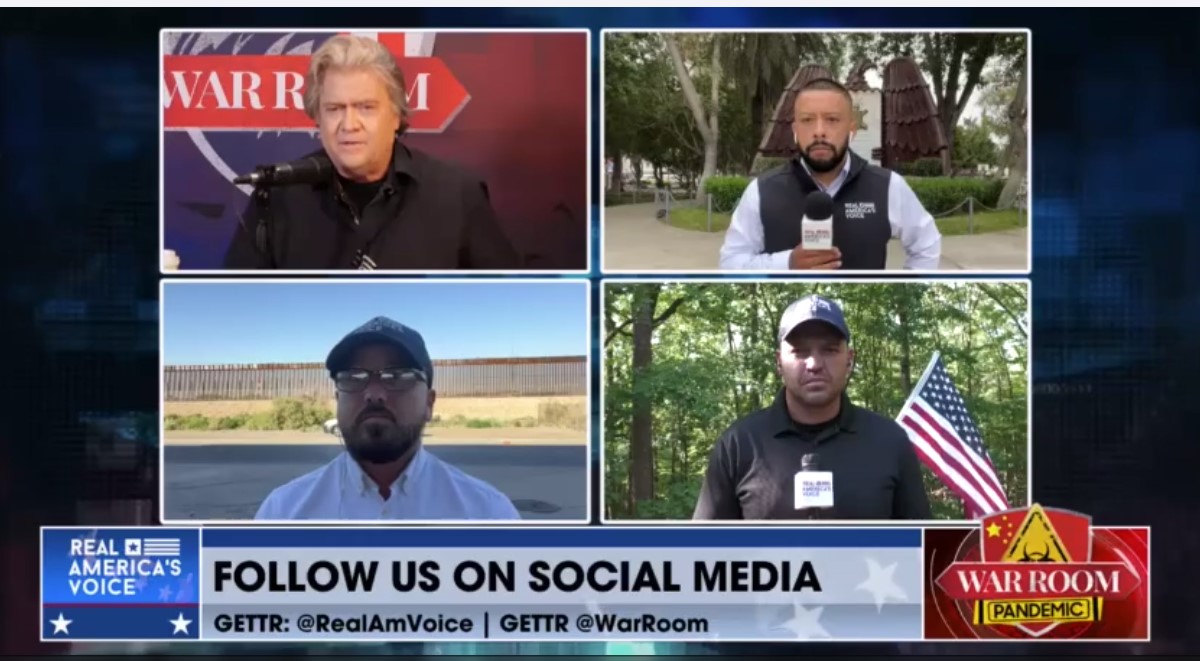 Ben Bergquam, a correspondent for Real America’s Voice, appeared on the War Room with Steve Bannon to report on the very tragic details of the human trafficking of children by drug cartel members, who were using children as an excuse to expedite crossing over the border and into the United States most easily.

The current status of our border is out of control in places like Tucson and the sad reality is you don’t have border patrol agents down there to staff it in order to even know what’s coming through and they are sending children through in these areas where the cartel has their bunkers set up.

This is completely controlled by the cartels who are sending drugs and who are involved with child trafficking I interviewed the border patrol, the former border patrol sector Chief in Yuma, and he said they had one child that was recycled. They call it recycling, where children are used by adults sent across and then sent back to the cartel to be used again.

One child was recycled 17 times there in that area, border patrol estimated.

They told me that a minimum of one-third of the children that are coming across do not belong to the adults that they’re coming across with, but because they’ve been sued by the ACLU and other leftist organizations, so they have to let it happen.

They’re not allowed to do biometric testing, so this is it is an absolute catastrophe. It’s a humanitarian disaster. We are aiding and abetting the trafficking of children along with drugs and everything else that he said.