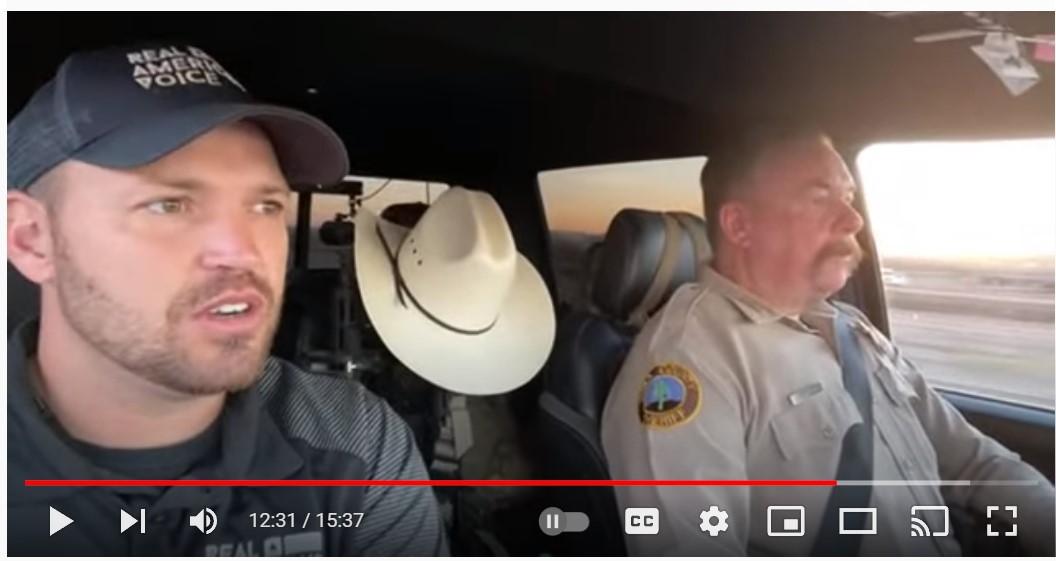 Ben Bergquam reported live from Yuma AZ with Sheriff Wilmot who made the simple case for why Democrat Joe Biden and his administration to complete the border wall.

“Biden has diluted the laws here, we know what works for people who have made an illegal entry. Biden has no spine to do his job. You are going to see a vote of no confidence from people in law enforcement for Biden, because he can not do his job,” Wilmot said.

“Everyone has been demoralized by the Biden administration. We have two different cartel factions who are doing human smuggling over an international boundary,” Wilmot told Bergquam. “The Cartels are getting between $6,000 and $15,000 and if you can’t pay it you have to tell the cartel what you will do to pay it off, and we call that human slavery,” Wilmot said.

Wilmot doesn’t have anything positive to say about Biden or his administration, and tells Bergquam about the problems he has seen on the border.

Help Ben get the message out about the problems that Biden is causing for Americans at the border by refusing to address the real threats we face at the border. Share this video. Follow him on GETTR and Twitter @BenBergquam and on Youtube at Frontline America for updates.

The Center for Immigration Studies confirms Bergquam’s reporting. The latter reported that Wilmot’s area of Yuma is in grave danger of being invaded because the border wall, which is fully funded, however, is not being completed due to Biden’s policies.

“The data suggest an eruption of fairly epic proportions in the Arizona desert along the Colorado River.

Federal authorities there have been forced to reopen temporary tent shelters in preparation for expected worse to come, a spokesperson told CIS, and have issued a call for Border Patrol agents in other sectors to come help process migrants. This siren call for help has become familiar since the Biden administration took office in January and immediately began accepting hundreds of thousands of family group migrants into the country, which of course only accelerated more of the same.

Some 900 people cross per day at a spot known euphemistically as “The Gap,” for the Morelos Dam bulwarks that allow for easy crossing of the Colorado River from the Mexican town of Los Algodones right into a short, unfinished section of the U.S. border wall.