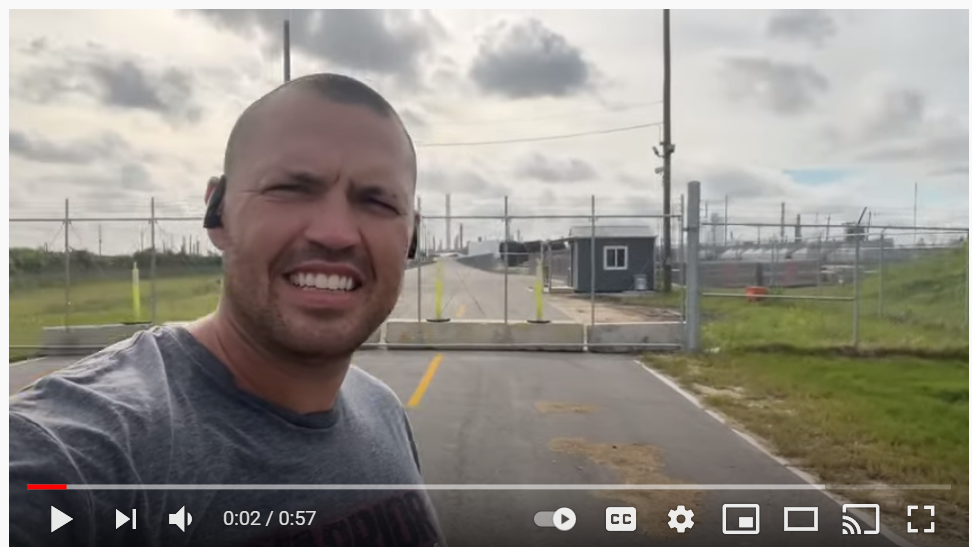 Ben Bergquam takes a few mins while in Baytown Texas to talk about American energy and how the Democrats are impoverishing America with their costly “Green Energy plans”.

“The left is based on all lies, and if they had to tell the truth no one would vote for them. Everything they say is a like about energy, and if the Democrats get their way everything will be more expenseive, because so much of what we have starts with fossil fuel,” Bergquam said as he was taking a job through Texas, and went past a refinery.

Bergquam took the opportunity to make a quick three-part series about American energy. Please share this video to help get the message out. Please support Ben’s journalism how you feel led and follow him on Youtube, and on Twitter. Please download Real America’s Voice ap, and look for Ben everywhere!

God Bless American Energy! If you like being poor keep voting for Democrats. If you like America being prosperous. Then keep supporting American energy!

Everything is more expensive when Democrats are in control. Democrats make poor people poorer. So called “Climate change” is all about pushing their radical socialist agenda. They don’t actually want to fix problems, they just want to control you and destroy this country! God Bless American Energy! Support the mission to expose the lies of the left at: FrontlineAmerica.com CashApp: $FrontlineAmerica Venmo: @Ben-Bergquam

I’m done with rich elite liberals flying around on their private jets telling us how to live our life while they destroy our economy, ou can keep your “climate change” snake oil Al Gore, we will keep our coal, oil and gas! God Bless American Energy!