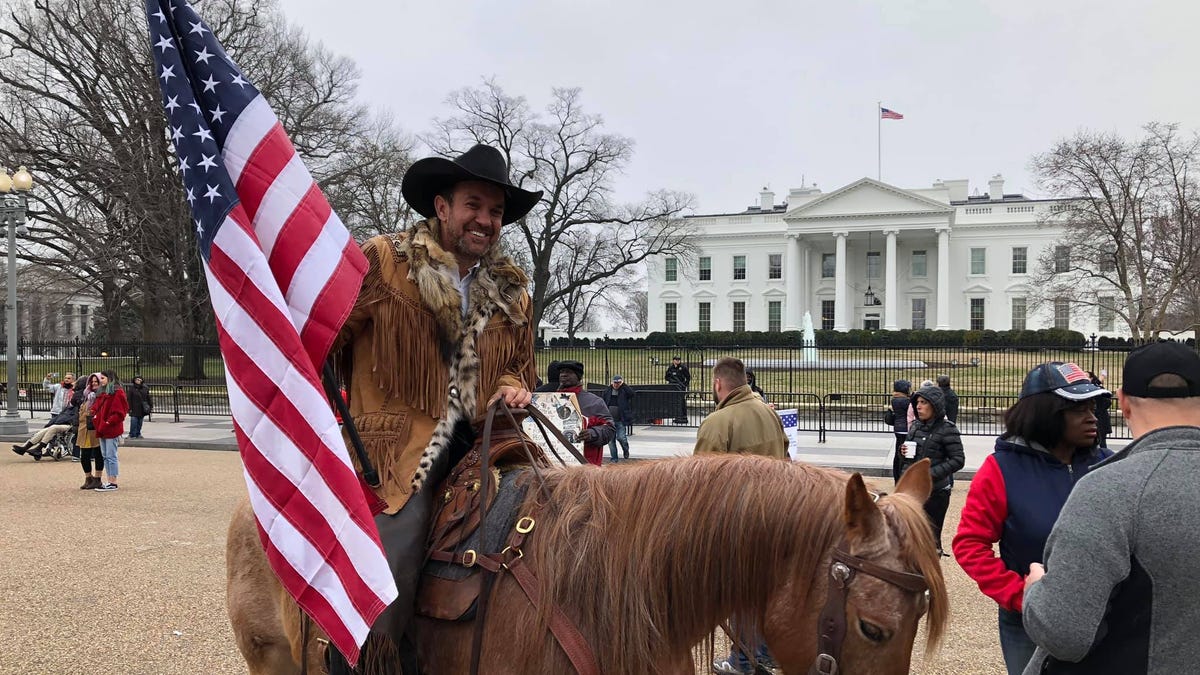 Ben Bergquam made a personal plea on behalf of Couy Griffin, a Commissioner in New Mexico and the founder of Cowboys For Trump, who was arrested in Washington DC after appearing at the US Capitol on Jan. 6th. Griffin received appalling treatment while in prison, according to his story, as he was being held in solitary confinement and not even allowed a shower.

“Please join me in supporting Couy Griffin of Cowboys for Trump in his battle for freedom! The Democrat injustice system has attacked him simply for praying for our country. #StandWithCouy​ and give if you can! Pray and share.” Bergquam posted along with his video.

The link to help Couy is: https://givesendgo.com/CouyGriffin

Watch and please share if you feel led to do so. Couy’s story is below.

Couy Griffin of Cowboys for Trump shared his story with Ben on Palm Sunday:

“I was a pastor and a business owner, and I got into politics because I didn’t feel like I had a voice in politics here, and I supported President Trump and wanted him to know he had a lot of support from this area that the media wouldn’t tell him about, so we started Cowboys for Trump for that purpose and rode into DC for that purpose,” Griffin said.

“We see a horribly negative effect from the open borders in this country because of jobs and increases in crimes,” he said.

“I went to DC to support President Trump and his America First policies. I spoke with other pastors speaking in El Paso and traveled to DC, and I wanted to pray for people at the platform. I got separated from the area because it was cold and windy. We were on the way back to the car. We were trying to find a way to pray,” he said.