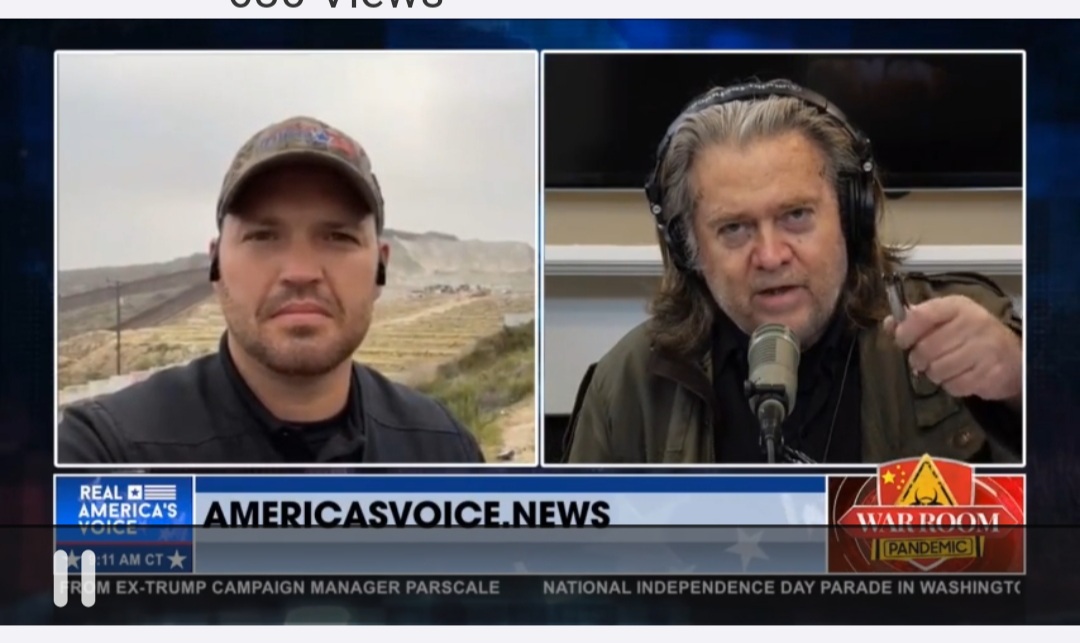 Ben Bergquam has been a dedicated investigative reporter on the Southern border between the United States and Mexico and an advocate for safety for both Americans and Mexicans, covering issues of criminal activity that endanger both sides of the border. He is the founder of Frontline America, a reporter for Real America’s Voice, and a frequent guest of other media shows.

“Human trafficking might be the most lucrative part of what the coyotes do,” Bergquam said.

Bergquam shows what appear to be escorts, or coyotes, from two different angles, walking numerous groups of people to surrender themselves to border authorities at the wall in Tijuana, Mexico, where parts of the wall are open like a gate.

In the following footage Bergquam says the groups of people are being processed by Border Patrol agents.

“Sadly, you do not know if those children who are with these groups of people are actually their children, and no one has time to check to see because they are all so overwhelmed with large groups of people crossing this way and being surrendered to agents, which is a distraction from the drug smuggling that is happening at the same time,” Bergquam said.

Another angle showing the area where groups are being escorted to surrender themselves at the border and then taken to be processed by the border patrol agents.

Bergquam appeared on Steve Bannon’s War Room Pandemic on Friday to discuss the scene where both the Mexican working class and American working class are being betrayed by the policies of the Democrats, whose open-border policies have created a massive birder crisis with major humanitarian issues for both Mexico and America.

In the footage from the War Room, Bannon and Bergquam discuss having migrant areas near the high-priced property and the drug and human trafficking that is being created. Simultaneously, people are drawn from safe areas into lawless places run by drug cartels, and the consequences of bringing swarms of people from Mexico who have not been screened for COVID-19.

“There is no more zero tolerance anymore, so what about this new Brazilian strain of the COVID, is being done?”Bannon asked.

“Very little done. People are being taken to the NGOs and are supposed to be getting tested by them, but leftist groups are suing to keep the names of illegals quiet. We have taken COVID and spread it through America. This is bad for America. We are being told we can’t celebrate the 4th of July because of COVID-yet they are spreading it around with these illegals; it is insane,” Bergquam said.

Bergquam is a frequent guest of the War Room.