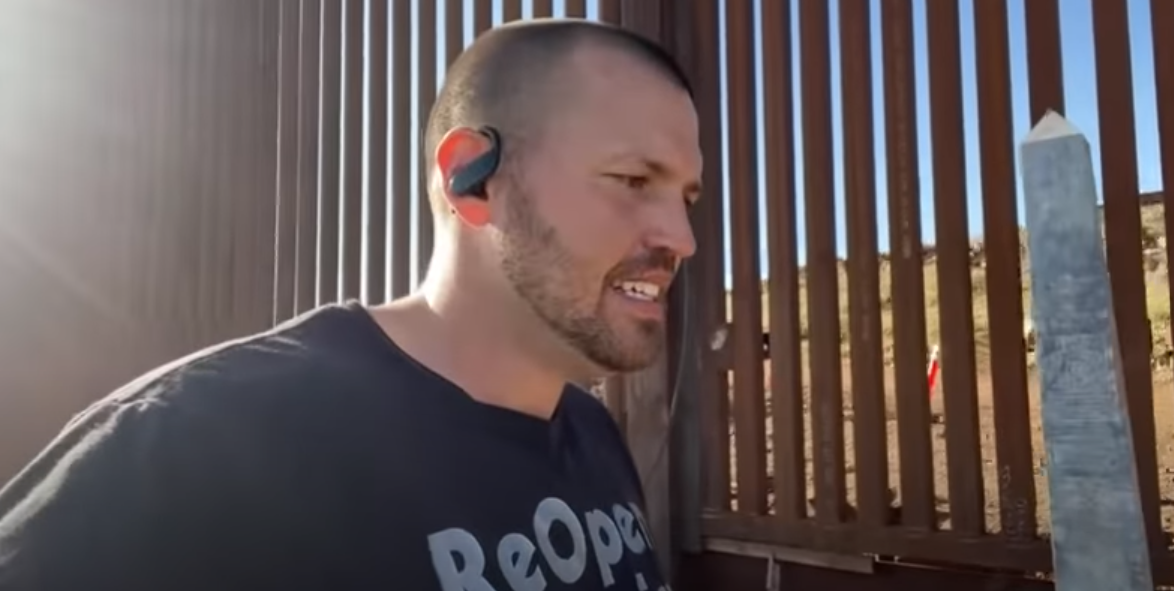 Ben Bergquam, the founder of Frontline America and an investigative reporter for Real America’s Voice, has been bringing Americans scenes from all over the Southern Border of the United States to show concerned citizens the real consequences of the Democrat’s open border policies, that are creating layers of human tragedy in the United States and Mexico.

“That is Tijuana down in the distance. I wanted to show you some things here. We got a monument. Tecate, you have to see the construction of this wall in these huge canyons. President Trump and Tommy Fisher built this wall that Democrats said wouldn’t work. But look at this, President Trump is America First, and Joe Biden is America last. Even Mexico will remember that President Trump helped them with this wall,” Bergquam said.

“It took us an hour to get up here from the highway walking, and we were walking fast. Look at the garbage people left here,” Bergquam said pointing to a blanket. “This is not how law-abiding people come into the country,” he said.

“Look at this rope that the Coyotes put up here with a harness right here. And pallets so they can carry heavy loads over. So they strap the harness. This is what the Democrats have done to the country,”, Bergquam said holding the rope.

“This battle is about Freedom versus Tyranny. We all have to stand up against this. Mexicans and Americans both need to stand up and fight this,” he said.

Watch and see if he can get the huge rope down over the wall.