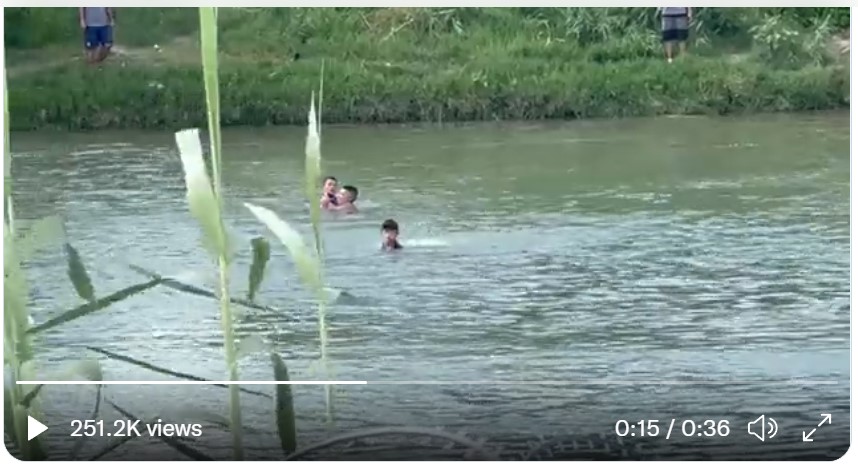 Democrat Joe Biden and his lazy, reckless open border policies is creating enormous human suffering on both sides of the border, as his promises and permissive attitude toward crime is a recipe for disaster for many innocent people caught up in the slipstream of nasty politics and greed- like one little boy.

KEY POINT: As of Sept 18, 2022, an immigration organization has tallied more than 4,000 deaths on the border since 2014, based on news reports and other sources, including 728 last year and 412 during the first seven months of this year, often from dehydration or drowning.

And here is proof.

“BREAKING: We just saw a young boy nearly drown while trying to cross the Rio Grande into Eagle Pass, TX. A group tried swimming across, the boy in the blue shirt struggled & went under, began thrashing. A bystander in a white shirt on MX side jumped in & saved his life.” @FoxNews