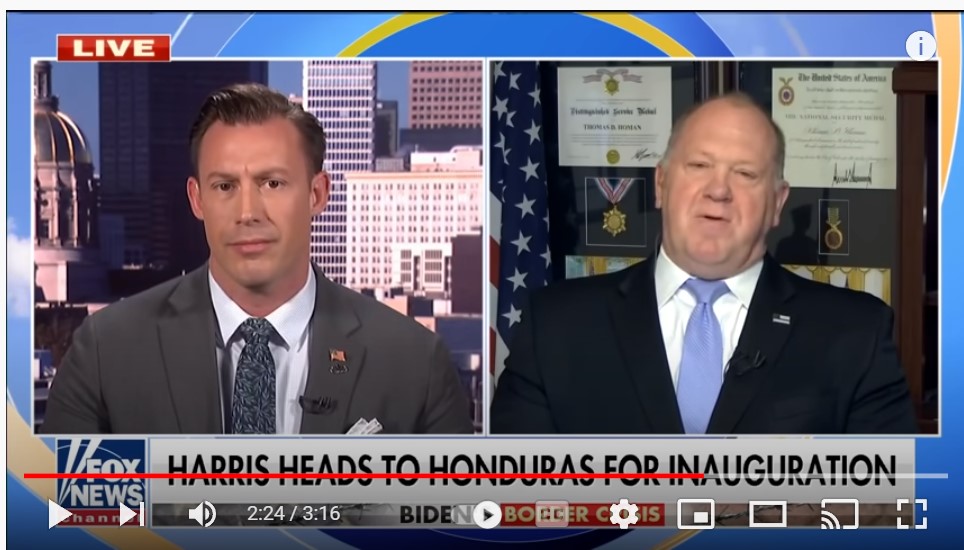 Fox News contributor Tom Homan reacts to the death of Texas DPS special agent Anthony Salas following a car crash while attempting to arrest six migrants and weighs in on the impacts of Biden’s border policy.

“People want to beat up on President Trump for his border polices, and that is wrong. Illegeal immigration was down 83% and that saved lives,” Homan said.

Ben Bergquam, border correspondent and investigative journalist for Real Americas Voice, posted about the sad passing of Salas, while in service to the nation on the border:

“And Joe Biden comes in office, destroys all his policies. And what’s the result? Under President Trump last year, there was a total of 254 migrants died crossing that border, the first year under President Biden. That is more than doubled to 557. That’s 119% increase.

And that doesn’t count the hundreds are dying, traveling to Mexico or the hundreds that died going through the daring gap in Panama. Add to that over a 100,000 overdose deaths, most of it from fentanyl that the DEA says, come across the border.

Add to that 59 CBP officers who die from COVID because Joe Biden is ignoring Title 42 when it comes to hundreds of thousands of children and family groups to come across with COVID, that affects these agents. So let me tell you something Joe Biden’s policies are not humane. It’s killing people at a huge rate more than I’ve ever seen in my career.”