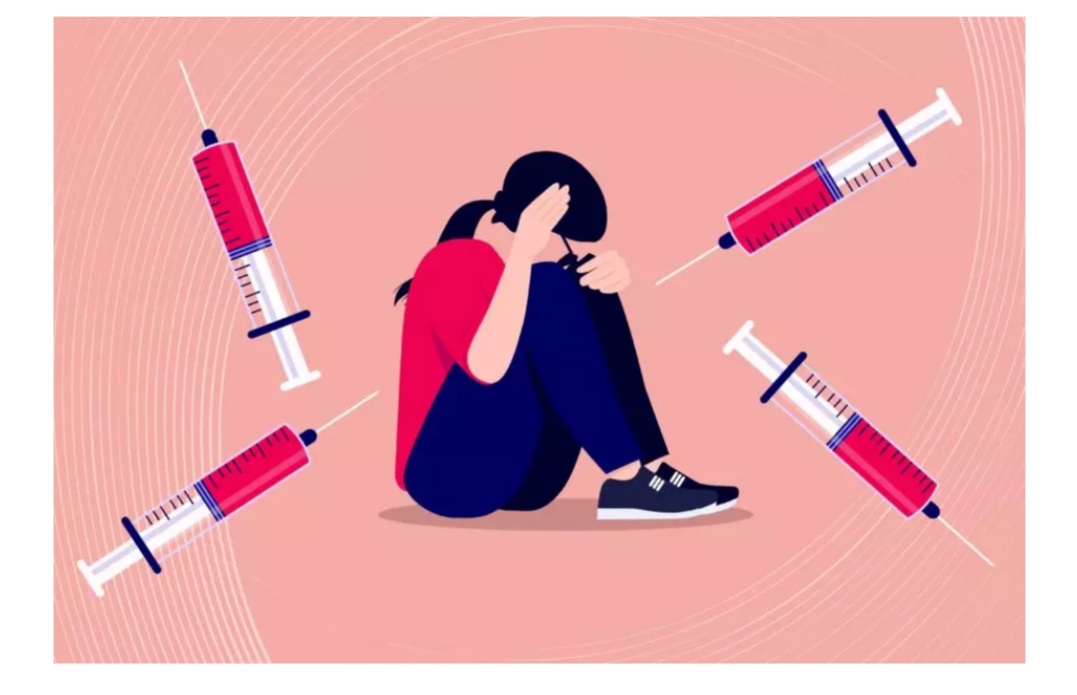 The days of uninterested and disconnected eligible- American voters may be coming to an end if the American people wake up and follow the bread crumb trail that is leading from hoax to hoax and scheme to scheme by an out-of-control federal government.

Key Point: American voters need to pay close attention to the discussion about expanding the Patriot Act to track vaccines because there is some evidence from a well-connected news reporter that there are some stirrings on Capitol Hill to that effect.

The Patriot Act BILLS-107 has been exploited by Democrats and RINOS to spy upon Americans and deny Americans their rights, under the label of Domestic Terrorism. However, conservatives and proponents of the America First agenda- have long fought the Patriot Act.

And there is legitimate reason to worry, according to a 2006 article on the topic of seizing people’s medical records under the Patriot Act.

“The act prohibits doctors from telling anyone, including the patient, that their sensitive medical records have been seized,” US National Library of Medicine National Institutes of Health, reported in 2006 about the dangers of the Patriot Act.

HERE IS WHERE OUR CONCERN ABOUT IT STARTS

“This administration is using the Selective Service System to log Covid data on federal employees and contractors. Per sources: no one knows about using the selective service system to collect all this Covid data. They also are trying to expand selective service reach to get the same info on female Americans,” Adam Housely, Former Senior Correspondent for Fox News, wrote on Twitter on Friday, altering some readers to seriously question what the US Federal Government is up to.

“Republicans in Congress say they are going to stop the gathering of this info. My concern is the overreach by our government…at times supported by both parties…since the Patriot Act. I was spied on when I was at Fox,” Housley wrote.

One poster responded to Housley: “The US government is trying to go #Australia on us but are being polite and sneaky about it.”

We all can see how things are going in Australia:

A glimpse of the real picture in Australia – they are not all bowing to the madness. Worth watching to understand what we are not being told/shown by those whose interests are served by isolating & censoring us. https://t.co/qHpLzsGzHv

THIS IS WHAT STARTED THE CONVERSATION ABOUT COVID DATA

Housley had reported on what he called a “Bombshell” from his sources- about the Biden administration:

Bombshell from my sources “The Biden Admin used 2 executive orders to task the Selective Service System to collect records related to vaccination status and who requests medical/religious exemption. Data was also collected on individuals from personnel at medical facilities. Info was authorized to be divulged without consent of the individual. Info was going to be used to determine if the individual can gain access to a federal facility, be hired for federal employment, be retained as a federal employee, or be issued a security clearance.”

According to the NCBI, in their 2006 article, the power has been in the hands of the government to take our medical records- if we are domestic terrorists:

US doctors across the political spectrum are protesting at a provision in the Patriot Act that allows the government to seize patients’ medical records without a probable cause or a warrant. The act prohibits doctors from telling anyone, including the patient, that their sensitive medical records have been seized. Doctors who violate the gagging order can be fined and prosecuted for obstruction of justice.

The Association of American Physicians and Surgeons (a libertarian group based in Tucson, Arizona) and the American Civil Liberties Union, which has many doctor members, have joined in a coalition, called Patriots to Restore Checks and Balances, to urge Congress to amend Section 215 of the act. The provision, which only recently came to light, allows the Federal Bureau of Investigation (FBI) to get a secret court order to seize “any tangible things,” including medical records, student or work records, and even library records. Coalition members say that medical records are unlikely to provide useful information about terrorists.

The act, passed in the wake of the 11 September 2001 terrorist attacks, gives the government a broad range of rights to monitor US citizens and is set to expire on 3 February. President Bush is urging Congress to renew the act. He said, “We’re still under threat, there’s still an enemy that wants to harm us, and they understand the Patriot Act is an important tool for those of us here in the executive branch to use to protect our fellow citizens.”

SO ALL THAT IS LEFT IS MAKING ALL AMERICANS- DOMESTIC TERRORISTS- RIGHT?

People who want to put an end to this need to register to vote, choose the Republican Party- vote for the most determined Republican to fight back against the left’s agenda. They need to join the Republican party, seek leadership in the party, and push an American First agenda with everyone they know.

It is time for the average American, who has stayed out of politics for so long- to vote in every single election, leaving the left no ground for these schemes.