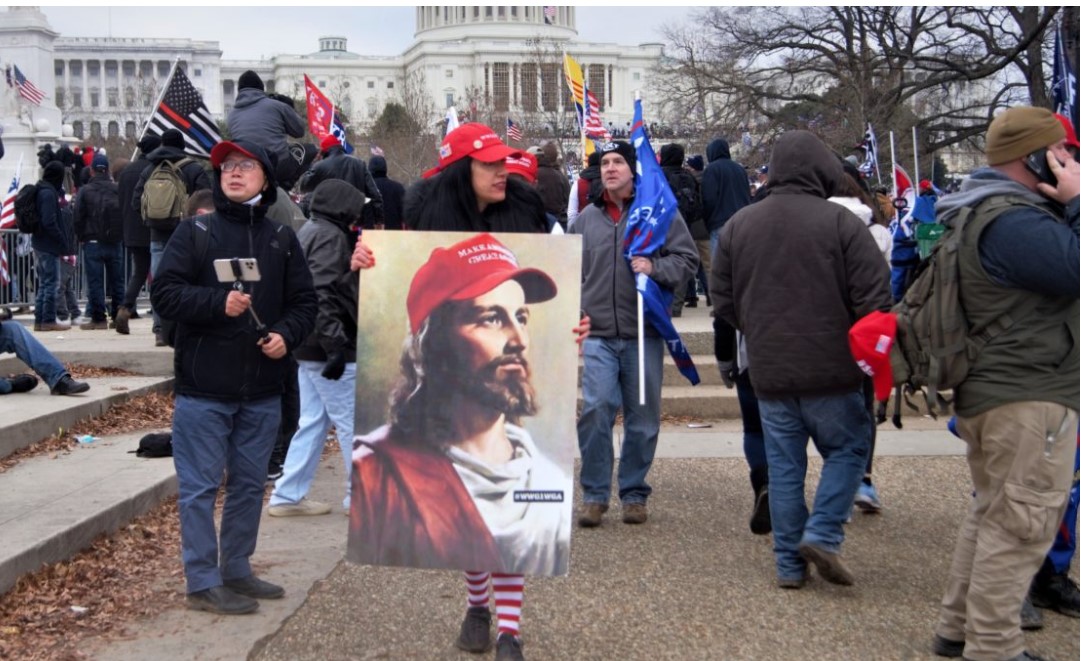 The Biden administration doesn’t remember how Hillary R. Clinton’s 2016 comments about the supporters of her political opponent, Donald J. Trump, helped instantly build the MAGA movement and then unified masses of people who overwhelming elected Trump into the presidency- and was the foundation of a political movement that has been snowballing ever since.

“Proud to be a Deplorable,’ became a cottage industry for Americans who were disgusted with the abuses a bloated and out-of-control political class had targeted them.

The abuse Americans took up to 2016 was a ‘cake walk’ compared to what has happened to Americans since then, so the way Democrats have handled their differences with the average American since Democrat Joe Biden has occupied the White House is curious.

They promised that it was Trump and his ‘mean tweets’ that were dividing the country- remember?

US Rep Andy Biggs reminded social media that Biden ran on the idea that Trump was so mean and that he would restore happy unity- well, so much for that:

The messaging has been built to help Biden, according to USA Today.

Apparently, the Democrats didn’t learn a lesson about how much Americans really, really do not like the behavior of the haughty elite politicians who they believe have been destroying America.

And now the Democrats are doubling down and galvanizing in hurling escalating violent rhetoric at people who don’t support them.

Even embattled, radical Nancy Pelosi, who is responsible for ramming thru the most historically corrupt legislation – ‘obama care,’ chimed in to take a stab at “MAGA Republicans,” which is the perfect definition of irony:

Acting as if she has a mandate, the White House press Secretary took a jab at the opponents of Democrat Joe Biden, calling us ‘facists.’ And that is after years of constant abuse calling Americans names, accusing us of crimes and ‘wrong-think,’ and stealing our civil liberties.

MSN reported on the details:

A White House spokesperson has said that MAGA Republicans allied to former President Donald Trump fit the “definition of fascism” and play a part in “attacking our democracy.”

White House Press Secretary Karine Jean-Pierre told reporters on Friday, “I was very clear when laying out and defining what MAGA Republicans have done, and you look at the definition of fascism, and you think about what they’re doing in attacking our democracy – That is what that is. It is very clear,” Reuters reports.

Biden himself is on the warpath against Americans as well, as he faces what is expected to be a blistering mid-term election.

It is clear that the administration is trying to entice others into violence against their political opponents.

The Press Secretary was defending her boss, who started the comments in a bizarre and rage-filled speech:

“Joe Biden used his bully pulpit Thursday to call roughly half the country that supported former President Donald Trump semi-fascists during an outdoor fundraising gathering with donors prior to a Democratic rally in Maryland.

“Trump and the extreme MAGA Republicans have made their choice,” Biden said to the party faithful. “To go backwards, full of anger, violence, hate and division.

“MAGA Republicans don’t just threaten our personal rights and economic security,” Biden said. “They are a threat to our very democracy. They refuse to accept the will of the people. They embrace — embrace — political violence. They don’t believe in democracy.”

As we get closer to the mid-terms, where people practice their right to vote,  we can expect that the violent speech will continue because what the Democrats are facing- if the Republicans reclaim the US House is years of investigations into their usurpations of our Republic.

We are a Republic, and we intend to keep it that way. And therein lays the real problem for the Democrats.  Let’s be honest. The left has waged a quiet war against our Republic and us.