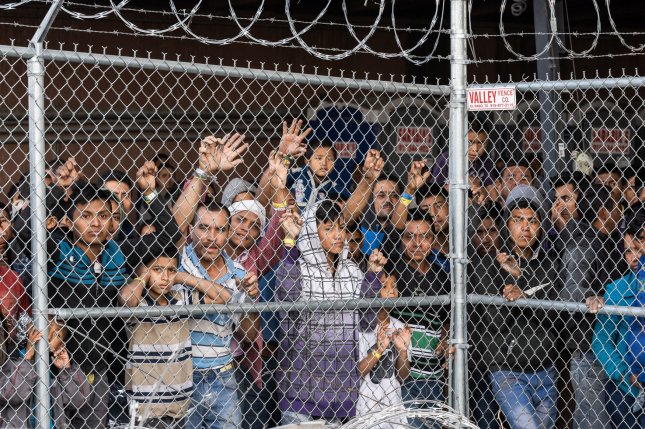 “When you have all we have going on now with the administration just flat out calling our guys racists with the stuff that happened out in Eagle Pass or Del Rio, when you’re allowing people to come over and in a sense just flaunt the rules right in your face, we’re not doing what we’re hired to do,” Cabrera continued.

Just as Ben Bergquam reported for Real America’s Voice recently. Things are terrible on the border:

Ben Bergquam on What The Left is Doing Down at The Border and The Lies They Continue to Say https://t.co/ZpB2sHExFV

Cabrera made the comments about morale ahead of a night tour of the border with Reps. Byron Donalds, R-Fla., Kat Cammack, R-Fla, and Stephanie Bice, R-Okla. Fox News Digital and a group of Florida law enforcement officials joined the tour and witnessed dozens of migrants, including young children, being detained by law enforcement.

Senior Department of Homeland Security officials are concerned they will not have enough funding and resources to cover the recording-breaking number of migrants at the southern border, especially as the Centers for Disease Control and Prevention prepares to lift Title 42 on Monday, according to internal planning documents reviewed by NBC News.

For now, DHS is using a $1.4 billion appropriation from Congress to handle a record level of border encounters, and planning to reprogram funding from other parts of the agency to handle what is expected to be an even higher number after the expiration of Title 42, the public health order issued to prevent the spread of Covid that has blocked more than 1.8 million migrants from entering the U.S. from Mexico since March 2020.

But according to the internal planning documents, both Customs and Border Protection and Immigration and Customs Enforcement will only be partially covered by reprogramming, and officials are pushing the administration to ask Congress for a supplemental spending bill.

“If the Department does not receive a supplemental, we legally cannot reprogram/ transfer enough funding to cover all the requirements,” one of the planning memos said.

That memo cites funding allocated for the Biden administration’s family reunification task force, designed to find and reunite migrant parents and children separated by the Trump administration, as a “must” that cannot be sacrificed in order to secure the border.