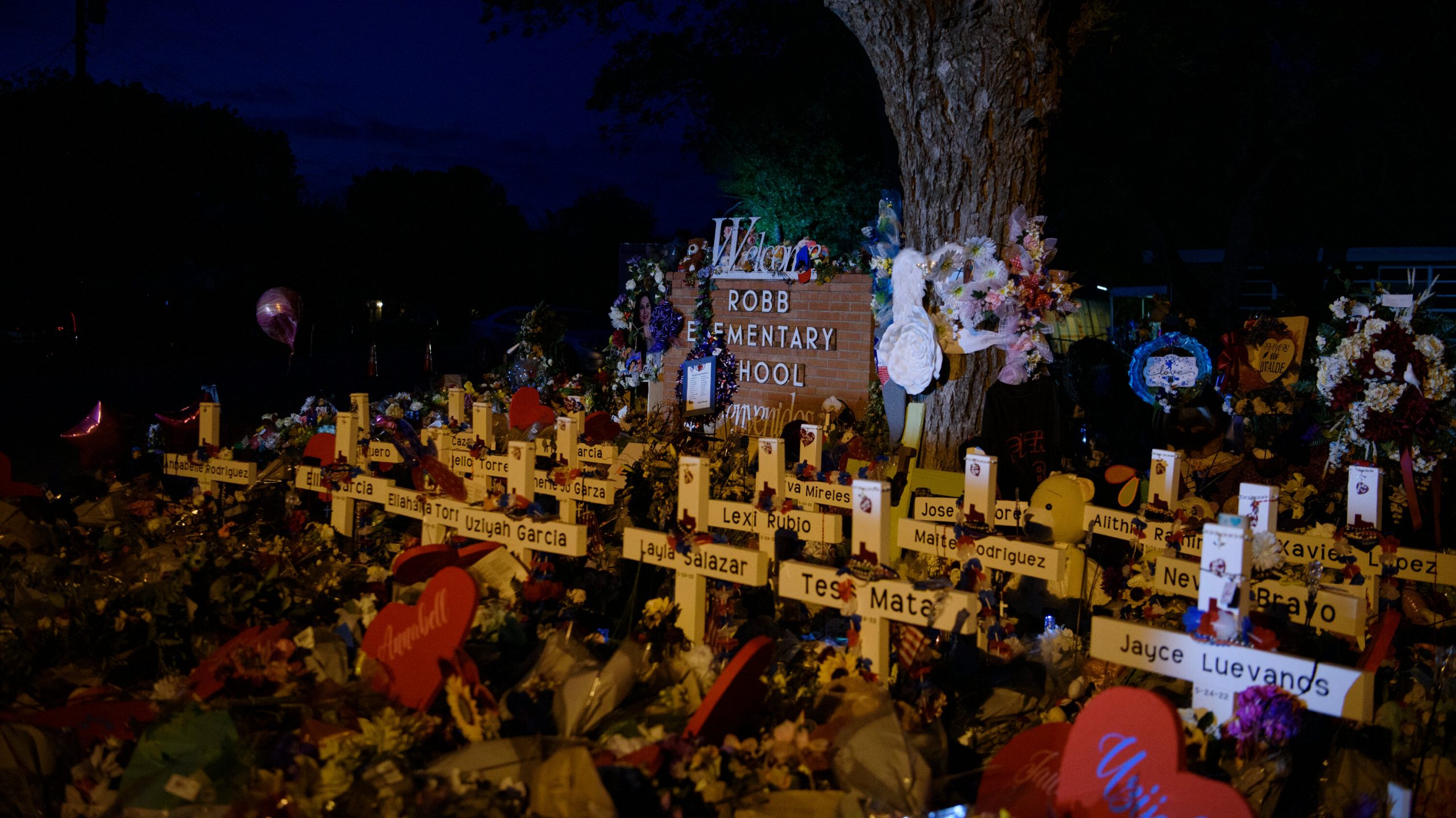 Officers at an elementary school in Uvalde, Texas, last month had nothing barring them from entering a dual classroom where a shooter was actively gunning down students and teachers, the chief of the Texas Department of Public Safety said.

The classroom door wasn’t locked, DPS Director Steven McCraw said during a hearing before a Texas Senate committee hearing Tuesday. Police officers armed with rifles and protected by body armor were on the scene within three minutes. Had the door been secured, officers had tools to break it open. They waited an hour and 14 minutes to go into the classroom, despite hearing continuing gunshots, knowing children had been shot inside and knowing that at least one teacher shot was still alive.

The headlines from Tuesday were just so horrifying:

“The law enforcement response to the attack at Robb Elementary was an abject failure and antithetical to everything we’ve learned over the last two decades since the Columbine massacre,” Mr. McCraw said.

Photos emerged for the first time since the mass shooting showing officers in a long school hallway.

Why did people make the decision to handle the shootings in Uvalde, Texas in the ways that they did? We may be talking about this for a very long time.

Here are some documents that may offer some insight.

Law enforcement authorities had enough officers on the scene of the Uvalde school massacre to have stopped the gunman three minutes after he entered the building, the Texas public safety chief testified Tuesday, pronouncing the police response an “abject failure.”

Instead, police officers with rifles stood and waited in a school hallway for nearly an hour while the gunman carried out the May 24 attack that left 19 children and two teachers dead.

Col. Steve McCraw, director of the Texas Department of Public Safety, testified at a state Senate hearing on the police handling of the tragedy. Delays in the law enforcement response have become the focus of federal, state and local investigations.

Eight minutes after the shooter entered the building, an officer reported that police had a “hooligan” crowbar that they could use to break down the classroom door, McGraw said. Nineteen minutes after the gunman entered, the first ballistic shield was brought into the building by police, the witness testified.

McCraw told the Senate committee that Pete Arredondo, the Uvalde school district police chief, decided to put the lives of officers ahead of the lives of children.

And that is where we stand, on Tuesday in such a very sad situation that America will never forget.