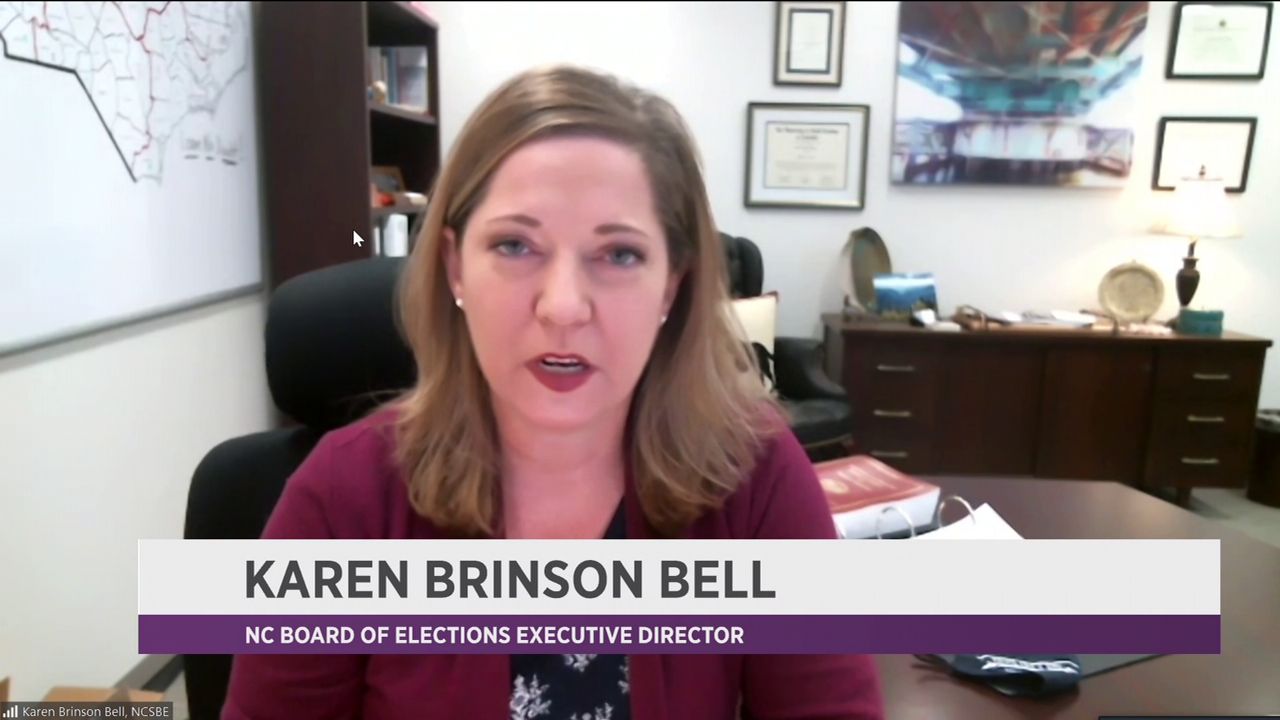 Here is how the left is re-doing elections in the aftermath of 2020- they are focusing on themselves and making a better work environment for themselves, and promoting themselves to lucrative national positions, using their authority over elections to further drive out their political opponents from the entire process.

Consider Karen Brinson-Bell, the North Carolina State Board of elections executive director who went from a political appointee of questionable allegiance to an embattled leftist protecting an uncertain election to a now influential and well-rewarded national figure.

And she and her posse get to choose how elections are done- away from the scrutiny of any elected officials- thereby surpassing the people- once again.

The news was announced this week that North Carolina’s State Board of Elections has certified the use of a new Hart Voting System for the 2022 midterm elections.

This news comes months after the same board’s executive director- denied access to voting machines, for numerous members of North Carolina’s General Assembly who wanted to examine tabulating machines after receiving widespread concerns by their constituents over the suspicious patterns of voting in the very strange 2020 election.

Apparently, according to Binson Bell- changes in voting systems are – no biggie- when Democrats like her make them, in the dark of night with no oversight.  I digress.

Who knew? Read the press releases for more info.

The in-person early voting period for the May 17 primary election is Thursday, April 28, through Saturday, May 14, 2022.

In all seven counties, the State Board adopted the “majority” plan, favored by a majority of county board members. Generally, the State Board favored plans that allowed Sunday voting and additional early voting sites.

Hart Verity Voting 2.5 Modification
The State Board also voted 5-0 to certify a modification to the Hart InterCivic voting system, which is used by six N.C. counties: Brunswick, Caswell, Chatham, Chowan, Onslow, and Union. These counties may now decide whether they want to use the 2.5 version instead of the previously certified 2.2 version.

“Modifications to voting systems are a routine part of elections administration,” said Karen Brinson Bell, executive director of the State Board. “Voters in the counties that use Hart InterCivic voting systems should not anticipate any changes to the voting experience as a result of this new certification.”

The Verity Voting 2.5 system has been certified by the U.S. Election Assistance Commission after being tested by SLI, an accredited voting system testing lab. It is used in Idaho and under consideration for certification in eight other states.

It is all very normal- right?  There have been no updates about the problems with the last voting systems. But that is ok because Brinson-Bell has had everything under control since she was appointed by Democrats, in 2019.

According to a press release, Brinson Bell was then rewarded for thwarting lawmakers who were curious about the old voting system, when the State Board of Elections reappointed Karen Brinson Bell to a further two-year term as the Board’s executive director.

Brinson-Bell has used her position to work with a group of Democrats who are worried, mostly, about creating a ‘safe’ work environment for themselves. Check this out:

We're on to session 2, Protecting Yourself, at #NASED22!

We're starting with Rob Mooney Regional Protective Security Advisor from @CISAgov talking about how election offices can set themselves up for physical safety. pic.twitter.com/YKbNCcKm9d

The last presentation in this session at #NASED22 is from Karen Brinson Bell, Executive Director of @NCSBE, talking about steps her office has taken to protect staff from doxing. pic.twitter.com/ktjTSlayoF

I have written about Brinson- Bell before:

For the dems, cheating is normal.

“I changed the rules, but not the laws. We modified the laws to accept absentee ballots 9 days after the election with my team because the legislature was not in session,” said Karen Binson Bell.https://t.co/AWkYqkW3pI

For her work, creating a Democrat utopia she was rewarded with promotions to national boards, according to a press release.

Karen Brinson Bell, executive director of the North Carolina State Board of Elections, has been appointed to posts on three national boards working to improve elections and election security in the United States.

On Thursday, during a meeting of the National Association of State Election Directors (NASED), Brinson Bell was chosen by her colleagues as the South Region Representative. She was sworn in as part of the Executive Committee on Friday (February 25) during the organization’s virtual winter conference.

NASED is a nonpartisan, professional organization made up of state election directors. It promotes accessible, accurate, and transparent elections in the United States and its territories.

Second, Brinson Bell was appointed as a voting member of the Election Infrastructure Subsector Government Coordinating Council, part of the Cybersecurity & Infrastructure Security Agency of the Department of Homeland Security. The Council enables local, state, and federal governments to share information and collaborate to mitigate and counter threats to U.S. election infrastructure. Brinson Bell represents NASED on the Council for a two-year term.

Finally, earlier this month, Brinson Bell was recommended by a fellow state election director to serve on the Bipartisan Policy Center’s Task Force on Elections. As a member of the Task Force, comprised of state and local election officials from diverse states and political ideologies, Brinson Bell has the opportunity to influence federal election policy and build relationships with and learn from a diverse group of election officials.

“The voters of North Carolina are fortunate to have such a capable and talented executive director working extremely hard to ensure accessible, secure, and fair elections in our state,” said Damon Circosta, State Board chairman. “These appointments show the respect she has garnered among her peers across the country because of her efforts.”

Brinson Bell was first appointed as North Carolina’s chief state election official in May 2019. She was reappointed to a second term in May 2021. Brinson Bell formerly worked at the State Board of Elections and as election director in Transylvania County, in addition to other positions in the election industry. Brinson Bell was born and raised in Kenansville in Duplin County and is a 1996 graduate of UNC Asheville.

Going down a rabbit hole: