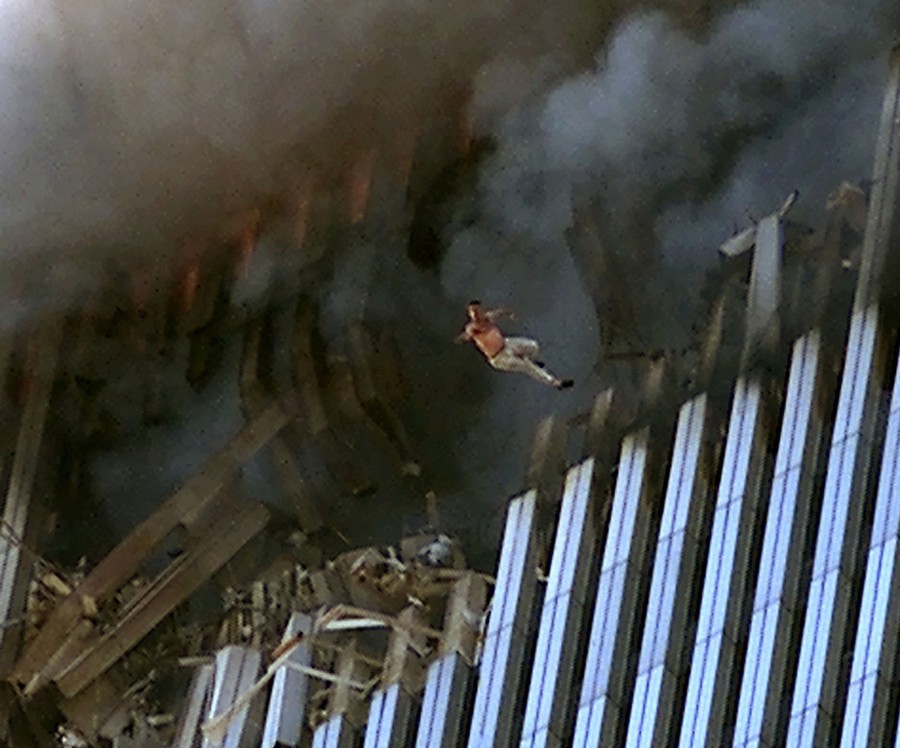 Due to the intervention of Democrat Joe Biden and his administration, one of the most notorious terrorists left from the September 11, 2001 attacks on the United States, when 3,000 Americans were slaughtered, is going to escape all legal and personal consequences – because Biden has set him free to go home.

Terrorists Mohammad Ahmad al-Qahtani, 46, was released from a Guantanamo Bay prison after 20 years and sent back to Saudi Arabia for psychiatric treatment. While he had helped plan the attack,  Al-Qahtani missed being one of the hijackers on that fateful day after being detained on immigration charges at the time.

Angela Mistrulli, whose father Joseph died in the World Trade Center, told media that Biden is ‘fertilizing the ground for another terrorist attack’ in a statement/

‘This is a threat to national security,” said Republican US Senator from Florida, Marco Rubio, as he joined families of 9/11 victims to slam Biden for releasing 20th terrorist hijacker back to Saudi Arabia for ‘mental health treatment.

The release came from a  panel of military and intelligence experts.

Rubio, and US  Senator Jim Risch, in a letter to Biden from office dated March 1, warned against the release.

“The individuals remaining at Guantanamo are some of the most dangerous terrorists in the world and have dedicated their lives to attacking Americans and our allies,” the senators warned. “As such, they should not be given the opportunity to return to the battlefield in any role.”

The letter to Biden, from the two Senators, states:

We write with grave concern regarding your administration’s reported decision to transfer terrorist Mohammed al-Qahtani from Guantanamo Bay to Saudi Arabia. We urge you to immediately reverse this decision as we believe this detainee continues to pose serious threats to U.S. national security.

As you are no doubt aware, al-Qaeda fighter Mohammed al-Qahtani is often referred to as the “20th hijacker” for his attempted role in the terrorist attacks of September 11th. Al-Qahtani was selected by senior al-Qaeda members to partake in the 9/11 attacks, but U.S. authorities prevented him from entering the country in 2001 to join the other 19 hijackers. Al-Qahtani was later captured in Pakistan in December 2001 with a group of Bin Laden’s body guards. He was sent to Guantanamo in 2002, where he has remained since. He is a devout jihadist who committed his life to killing Americans. We are concerned that that he may try to resume terrorist activity once released from U.S. custody. We will be sending a classified annex in a separate delivery which further highlights our concerns.

Families of 9/11 victims and Republicans expressed outrage as the so-called 9/11 ’20th hijacker’ was released from Guantanamo Bay prison and sent back to his home.

Al-Qahtani’s release, which was approved last month by Secretary of Defense Lloyd Austin, comes as the Biden administration puts pressure on Saudi Arabia to release more oil amid the crisis in Ukraine.

But Biden persisted and released the terrorist.

Rubio’s office released a press statement on March 7, in response to the release:

“U.S. Senator Marco Rubio (R-FL), Vice Chairman of the Senate Select Committee on Intelligence, issued the following statement following the transfer of Al-Qaeda terrorist Mohammed al-Qahtani from Guantanamo Bay to Saudi Arabia. Al-Qahtani was detained for his attempted role in the September 11th terrorist attacks against the United States and is a devout jihadist.

“Al-Qahtani is a terrorist who made it his life goal to kill Americans. I believe he remains committed to jihad and the destruction of the United States,” Rubio said. “Now, because of the Biden Administration’s misguided policies, he has the opportunity to once again return to the battlefield. The decision to transfer al-Qahtani is not simply a lapse in judgment, it is a massive error which poses a serious risk to our national security and the security of our allies.”

Mistrulli, said that she was frustrated at the lack of due process.

“My grandfather and mother were scheduled to leave that day for a cruise on the Caribbean to celebrate their 25th anniversary – their first minus children,” Angela said. “He worked at Windows on the World (106th and 107th floors of the North Tower) and was called in at 5 a.m. to help with a problem,” Misturulli said to the press at a 9/11 memorial service.

“It was typical of him to go at the last minute. We didn’t know he was gone and later learned he was working. Once we found out, we were all making frantic phone calls to mom.”

Joseph Mistrulli was 47 when he was killed.

‘I think it’s very said to be a child of someone who was killed on 9/11 not to have a day in court for my father and the 3000 other people who were murdered,’ she said. ‘I find it more and more that they are taking away are ability to prosecute and get the truth.’