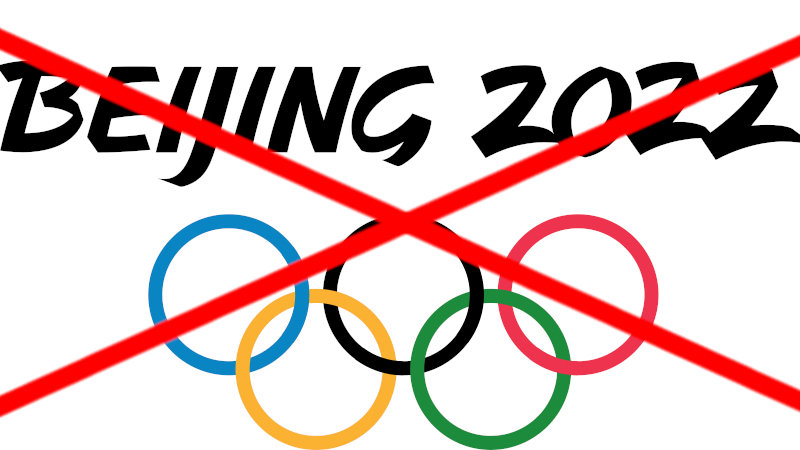 The 2022 Winter Olympics, to be held in Bejing, China, have yet to start, and already people are very unhappy about the behavior of the host country, for their long time and historical practices of harming humanity.  The American Marxist left is barely at all concerned, while much of the rest of the world is growing more and more uncomfortable about the idea.

“Faced With Questions About Forced Labor in China, the I.O.C. Is Tight-LippedOlympic officials are reluctant to look into whether any Beijing 2022 merchandise might have been made under duress by Uyghurs, an activist group charges,” The New York Times reported on Tuesday.

Gordon G. Chang, an outspoken critic of the Chinese Communist Party posted that he believes the Winter Olympics are a celebration, in the year of the 100th anniversary of Communism, to be in fact a celebration of “Chinese mass murder”.  And he is not alone:

German Foreign Minister Annalena Baerbock called for an EU-wide import ban on goods made with forced labor — a demand that would particularly hit China.

In comments published by German press agency dpa on Wednesday, Baerbock also said she won’t attend the Beijing Winter Olympics in February. Yet she made clear that her decision was personal and not the official line of the German government, and that German foreign ministers usually don’t attend Olympic games.

MURDERRights groups launched the “#NotFromChina Pledge” campaign in a bid to end #China’s industrial-scale murder of prisoners of conscience for their organs. Those who take up the pledge commit not to receive organ transplants from China. The Epoch Times reported:

Rights groups have launched a campaign called the “#NotFromChina Pledge” in a bid to end China’s industrial-scale murder of prisoners of conscience for their organs.

The campaign, which began on Dec. 8, involves a personal commitment not to receive an organ transplant from China should one become ill, to avoid inadvertently aiding the regime’s grisly practice of organ harvesting.

“It is an abomination that today in the 21st century, innocent individuals, including prisoners of conscience, are killed to harvest their organs for profit,” said Andrew Bremberg, president of the Victims of Communism Memorial Foundation (VOC), a Washington-based advocacy group.

The appeal is co-sponsored by VOC, and two other nonprofits, the International Coalition to End Transplant Abuse in China (ETAC) and China Aid. The pledge can be taken on the ETAC website, and a personalized “I took the pledge” card can be shared on social media.

Forced labor and murder is not the only tactic of control the Chinese are exhibiting. Consider this video of people being taken into the public, being shamed for having COVID as shown in the following viral video from December 2021.

The left was quick to try to discredit the video, but the video was proved to be taken in China late last month.

From the above BBC article:

Police in southern China have been captured on camera parading four alleged offenders through the streets in a public shaming exercise.

The four men were accused of smuggling people across China’s borders, which are largely sealed because of Covid.

They were paraded through the streets of Jingxi city in Guangxi province in hazmat suits.

The shaming drew mixed reactions online, including in state-owned media.

Images and video of the incident, which took place on 28 December, show four men in hazmat suits and face shields being walked through an area of the city by police.

They were carrying placards displaying their names and photos. Some people could be seen watching the event unfold.