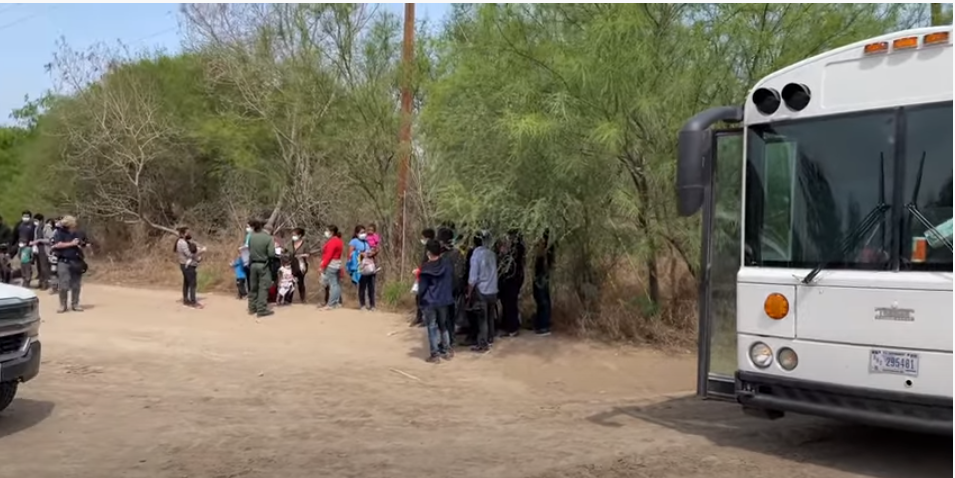 Ben Bergquam the founder of Frontline America and a reporter with Real America’s Voice is on the US border between the Texas and Mexico border, doing investigative reporting and bringing live footage to Americans.

In the following vide, Berquam says he is on a friend’s property and they followed a large transport bus to an area where about 50 people were waiting to get a ride.

“This is transport bus to take these people to other places. Just think about it, according to the border patrol, one third of the people who are there with children, and they all have children as you can see, are holding children that do not belong to them. The leftist groups are helping these people know how to get over the border saying and doing the right things, and then they line up and get ready to be taken someplace else,” Bergquam said, showing people standing in line near a bus, each holding a child.

Look at the buses and the people.

“Cartels are selling children to men and women to help them get across and some of them are the children of their parents, but again border patrol says one third of these children do not belong to their kids,” Bergquam said.