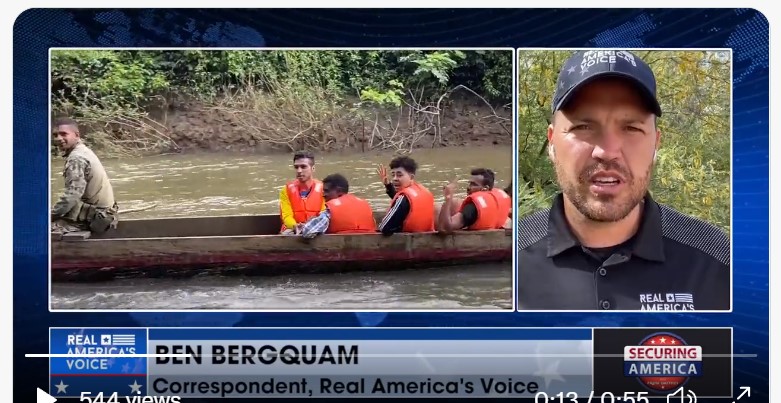 “Anyone coming up from South America- who are not on boats on the pacific- so most of the traffic we are seeing at Texas, California New Mexico borders all come through the Darien Gap. It is a 70-80 – 100 miles in some areas sections of dense dangerous jungle.