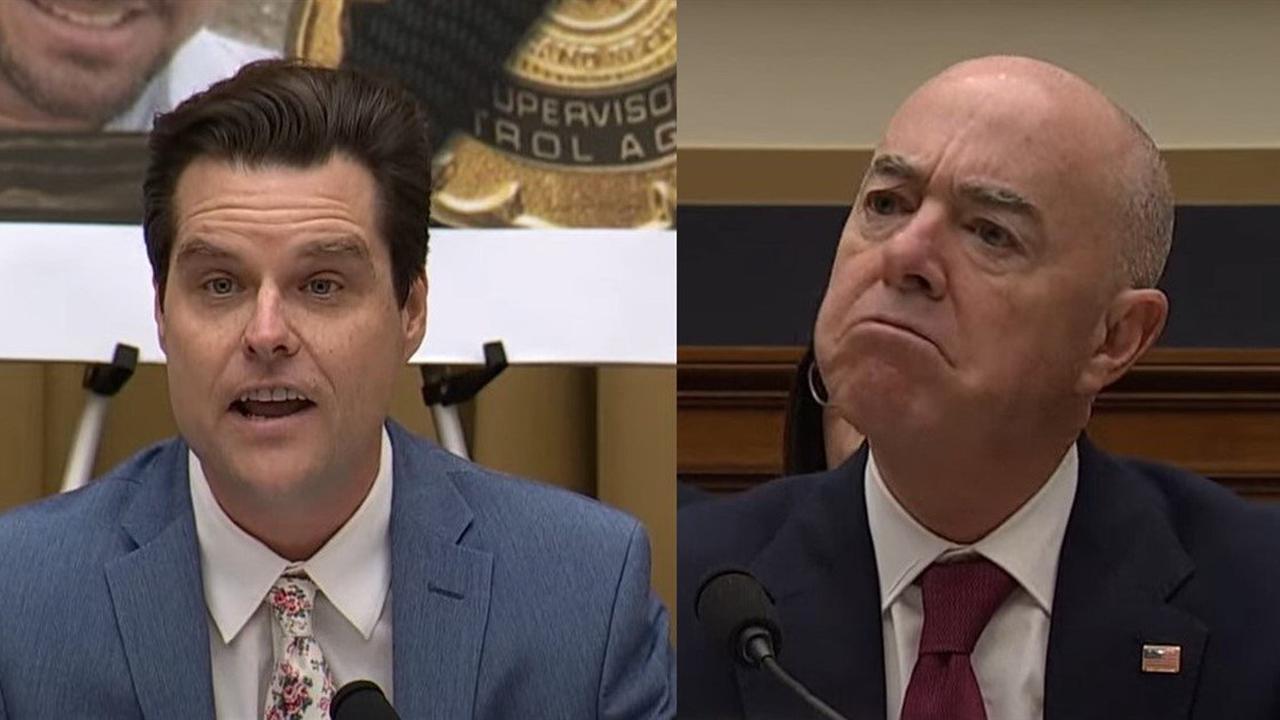 A recent explosive exchange between US Rep. Matt Gaetz (R-FLA) and Homeland Secretary Mayorkas revealed a complex and deceitful agenda by Joe Biden’s Democrat administration to evade our Southern Border law enforcement.  Mayorkas avoid questions from Gaetz at an April 28 hearing on immigration.

NPR reported on the hearing, hinting their POV was that the explosions were just based on politics- and not an honest concern for the USA:

“Political divisions over lifting Title 42 are playing out on Capitol Hill, where DHS Secretary Alejandro Mayorkas is testifying before the House Judiciary Committee, known for its heated partisan confrontations.

The public health order has been blocking many migrants at the border since the start of the COVID pandemic. And while the Department of Homeland Security has released a detailed plan on how to handle the likely influx of migrants expected at the border once Title 42 lifts on May 23, Republicans and some Democrats have been vocal that the plan isn’t enough.

At the hearing, Mayorkas addressed the administration’s plan.

“Under this administration, our department has been executing a comprehensive strategy to secure our borders and rebuild our immigration system,” Mayorkas said in his opening remarks. “With the Title 42 public health order set to be lifted, we expect migration levels to increase as smugglers seek to take advantage of and profit from vulnerable migrants.”

Gaetz had a different point of view, according to a press release from his office:

Gaetz used his time during the House Judiciary Committee’s oversight hearing with Mayorkas to ask about the resources the border chief would need to remove those with deportation orders, who, according to U.S. Immigration and Customs Enforcement (ICE) data, total 1,196,385 as of March 27.

“1.2 million people are un-detained, free, roaming about the country,” Gaetz began. “They’ve gone before a judge. A judge has issued a final order of removal. How many ICE agents do you need to deport them?”

Mayorkas repeatedly indicated during the heated four-hour hearing that Congress needed to pass immigration reform to help correct the ongoing border crisis. In response to Gaetz’s question, Mayorkas repeated that message, saying, “Congressman, I think what we need is legislation to fix a broken immigration system—”

ICE, however, does not rely on Congress to carry out deportations of those who have gone before a judge and received final orders of removal, Gaetz noted, re-asking if Mayorkas planned to remove the 1.2 million.

Mayorkas did not answer the question and instead indicated “resources” were impeding his ability to carry out deportations.

Gaetz then asked, “How much money do you need to deport all of them? How much money? How many agents to deport the 1.2 million who a judge has said have no right to be here?”

Mayorkas replied, “Congressman, there are a number of questions that your question raises with respect to whether all of those individuals actually have been given due process—”

Last September, Mayorkas issued updated guidance to ICE, telling the agency to focus on removing illegal aliens who pose a threat to the public rather than all illegal aliens. Mayorkas cited the agency’s “prosecutorial discretion” as basis for the guidance, as well as the issue of limited resources.

Mayorkas, who previously served as a U.S. attorney in California, posed a hypothetical scenario to illustrate his issue with resources in the hearing.

Gaetz fired back, “Well I know how you’ve spent yours.” The congressman pointed to a decreased number of criminal arrests and observed that Mayorkas had “the lowest deportation rate in the history of the department.”

“Your data that you cite is misleading,” Mayorkas said, to which Gaetz countered, “No, it’s your data.”