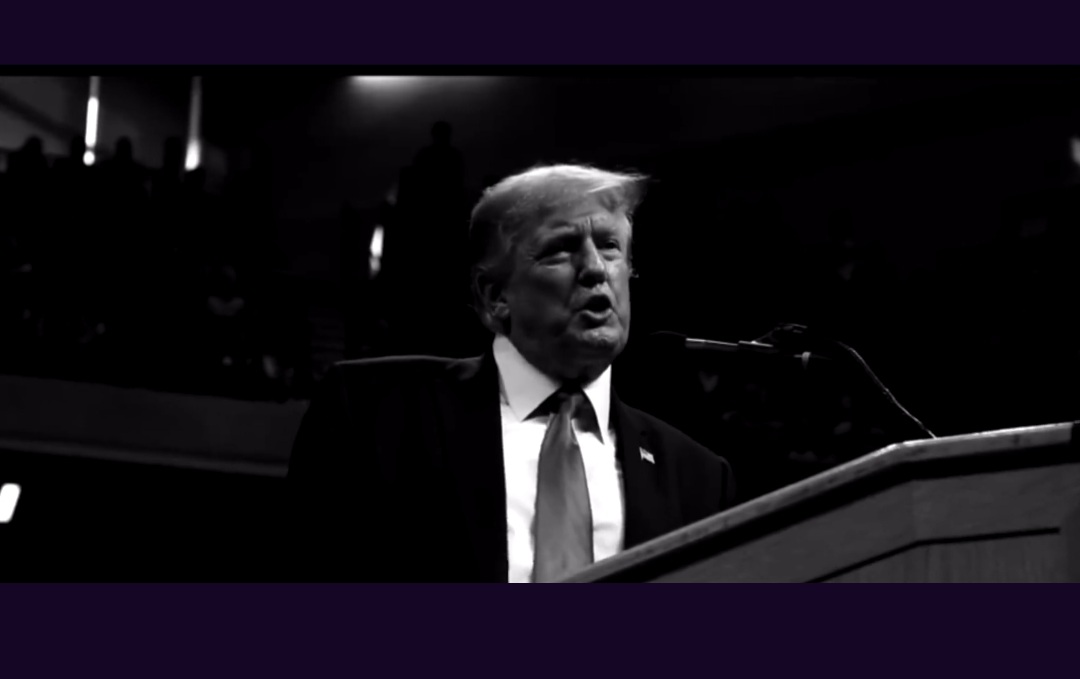 During Trump’s Saturday CPAC speech, his came his closest ever to declaring his presidency for 2024, where he very well might face Joe Biden again.

The short movie is quite remarkable because about halfway through the video goes from black and white to color, from dark- to light.

Listen and watch as the storm rolls in:

The text of Trump’s narration is:

We are a nation in decline.

We are a failing Nation.

We are a nation that has the highest inflation in over 40 years. Where the stock market just finished the worst first half of the year for more than five decades.

Where are the nation that has the highest energy cost in its history and we are no longer energy independent or energy dominant, which we were just two short years ago.

We’ve never seen anything like it. We are a nation that no longer has a free and fair press.

Fake News is about all you get. We are a nation where free speech is no longer allowed, where crime is rampant like never before, where the economy has been collapsing, where more people died of covid, and 2021 than in 2020.

We are a nation that in many ways, has become a joke.

The tyrants we are fighting will not stand- not a chance, because we are Americans and Americans kneel to God and God alone and it is time to start talking about greatness for our country again.

And closed with- the Best is yet to come.