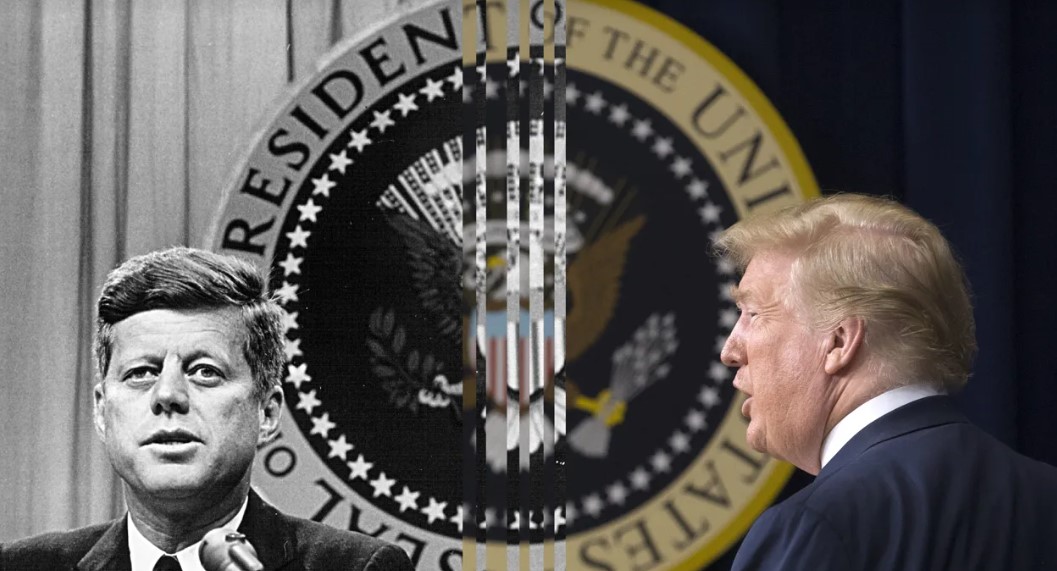 Disgraced Dan Rather, 90, has been using media to propagandize his anti-liberty, anti-American message for generations, as one of the fossils of the Mainstream Media (MSM).

Rather is a vicious and nasty tool of the left that attacks the idea of freedom and liberty constantly, turning this week to Twitter to mock concerned citizens who noticed the FBI raid on President Donald J. Trump was a dark point in American History.

Rather, or someone using his name, gloated on substack and wrote out some propaganda after getting an offensive ‘knock knock joke’ trending on Twitter on Monday night:

(Overhead in Florida)
Knock knock.
Who’s there?
The Feds.

And then the article came:

“Now is a time for steadiness, but hoo, boy!

The FBI search yesterday of Donald Trump’s Mar-a-Lago estate, including the seizure of documents from his private safe, continues to reverberate across the nation.

The spotlight of justice, which many Americans have long craved and others feared, is now shining unambiguously on the former president. His fate in our national narrative remains to be written, and this uncertainty only intensifies the acrimony across our myriad political divides. It is a moment fraught with danger, including threats of violence. But it is also a moment of hope, that a wave of redemptive energy will finally engulf the outrages of the previous administration and the grave threat it posed to the continuity of the United States as a nation of law.

We must begin with some words of caution: This is a moment in the news cycle when speculation far outpaces facts. And that is especially true in this case because of the nature of the activity. This may be the most sensitive criminal investigation in American history. First, one does not pursue a president lightly. And second, we may be dealing with classified materials removed improperly when Trump left the White House. What’s in those documents and what Trump might have done with that information, we do not know. But for these reasons, this search and seizure was, and had to be, shrouded in secrecy.”

This tells us all we need to know about the enemy within. Rather has been that person for a very long time as the leading correspondent on the JFK murder.

Ask yourself if Rather has ever really understood the massive, dark, and devastating blow to America that was the 1963 murder of President John F. Kennedy:

On January 20, 1961, President John F. Kennedy delivered his inaugural address in which he announced that “we shall pay any price, bear any burden, meet any hardship, support any friend, oppose any foe to assure the survival and success of liberty.”

And Kennedy was hated, attacked, maligned and killed for his love of liberty. Supporters of Trump’s have watched him be treated viciously for years and are worried about the escalation of violence being used against him, his family, and associates and against his supporters.

Rather, instead of being at all introspective about the shocking attacks on Trump that inched us closer to a possible assassination in the minds of many Americans,  mocked the Monday night Mar-a-lago raid as well as mocking Trump supporters.

Perhaps “Lock her up” isn’t so funny in MAGA World tonight.

According to his Wikipedia Bio, Rather is as old as dirt, has been a virulent leftist and somehow rose to fame after ‘saving people.’

Somewhere Rather dropped the label of great humanitarian.

With confirmation of DOJ’s criminal investigation into Trump, does a wall at Mar-a-Lago looks like a ketchup version of Jackson Pollock?

But saving people is how Rather, the author of ‘what unites us’ got his start in journalism.  In other words he started on propaganda, and he is still riding that wave.

“Daniel Irvin Rather Jr. is an American journalist and former national evening news anchor. Rather began his career in Texas, becoming a national name after his reporting saved thousands of lives during Hurricane Carla in September 1961.”

Rather’s final smear campaign on CBS air, was in 2004 against  Republican George Bush. Rather was fired for his fake news when he was caught lying about fake documents to frame Bush, who was running for President at the time.

In 2013, Entertainment weekly reported on the disgraced former anchor who was nixed from covering the 50th anniversary of Kennedy’s murder:

The 50th-anniversary coverage of the Kennedy assassination on CBS News won’t include the recollections of its longtime anchor Dan Rather, further proof of the lingering bitterness following Rather’s messy exit and subsequent lawsuit against the network.

Rather helped organize CBS’ plans for President John F. Kennedy’s visit to Dallas on Nov. 22, 1963, and as a young reporter, was a key component of assassination coverage. Now 82, with his own show on AXS-TV, he’s one of the few reporters on the story that day who’s still active in journalism.

Rather, who later became CBS News’ top anchor for 24 years, will appear on NBC’s Today show on Nov. 22 this year.

“I held off doing anything for anybody else for a while, thinking I may be asked to do something (for CBS),” Rather said. “I can’t say I had any reason for that hope.”

Rather worked at CBS News for 44 years. His downfall came as a result of a 2004 story about President George W. Bush’s military service. Under criticism, the network concluded the story couldn’t be substantiated, but Rather has stood behind it. His tenure as anchor ended six months later, and he left CBS in 2006, eventually filing a $70 million lawsuit against his old employers that was thrown out in 2010 by New York’s highest court.

CBS News said it wouldn’t comment on Rather. CBS Washington bureau chief Bob Schieffer, who as a newspaper reporter in 1963 gave the mother of Lee Harvey Oswald a ride to Dallas after the assassination, will anchor a Nov. 16 special that traces CBS’ coverage that day.

“Setting my feelings aside about it, this is not a good idea to say we want to change the historical record so we’re going to airbrush this guy out because we don’t like him,” Rather said. “They may want to control the way the public thinks about my record, but I’m pretty sure they have not been able to do that.”

Rather has been a thorn in the side of Americans ever since with his bitter attacks on truth seekers- something that is very strange for a journalist unless his only purpose was to push a company line of propaganda.

RATHER WORKED TO SHAPE OPINION OVER JFK’S DEATH

According to this site– Rather was viewed suspiciously from the beginning of the footage that made him famous:

“Broadcast on November 19, 1993, this CBS Reports episode blended archival footage and personal recollections to probe the assassination of President Kennedy. “Who Killed JFK?” was a response to a CBS poll that found that 9 out of 10 Americans doubted that Lee Harvey Oswald acted alone and 4 out of 5 believed in some sort of cover-up.

The report profiled the suspected assassin, Lee Harvey Oswald, and tested various conspiracy theories. Co-produced by the Washington Post, this program was the sixth large-scale CBS investigation of the Kennedy assassination and leaned this time on Gerald Posner’s conspiracy-debunking book Case Closed. In addition to having been on the site of the assassination, Dan Rather had participated in the 1967 and 1975 extensive studies done by CBS Reports and was, as producers Steve Glauber and Christopher Martin recall, very involved in the preparation of the show.

The Los Angeles Times praised CBS for showing “some class by not mentioning that its weekend-long, commercial-free broadcast of Kennedy’s state funeral and burial marked a historic turning point in TV news journalism and for CBS in particular,” but was critical of the show’s quick dismissal of all the key assassination conspiracy theories and its neglect of major unanswered questions, especially those regarding Mafia ties to both Oswald and his killer, Jack Ruby.

At the time, Rather emerged as a well-connected insider who was able to get ‘tips’ about all of the breaking news about Kennedy’s murder:

Dan was credited with a "Scoop" on JFK's death but he was just lucky: pic.twitter.com/oFqJDajCNs

RATHER IS PUSHING THE GOVERNMENT’S MESSAGE AGAIN

And to what ends?

We are in a dark place in America, and it is because voters support the policies of Democrats. Period. They are to blame for what is unfolding.

And many Americans are wondering how far the government will go- and for how long the Democrats will continue to support them?

Pray for President Trump, his family, and America. And question what people like Dan Rather could possibly find so funny.