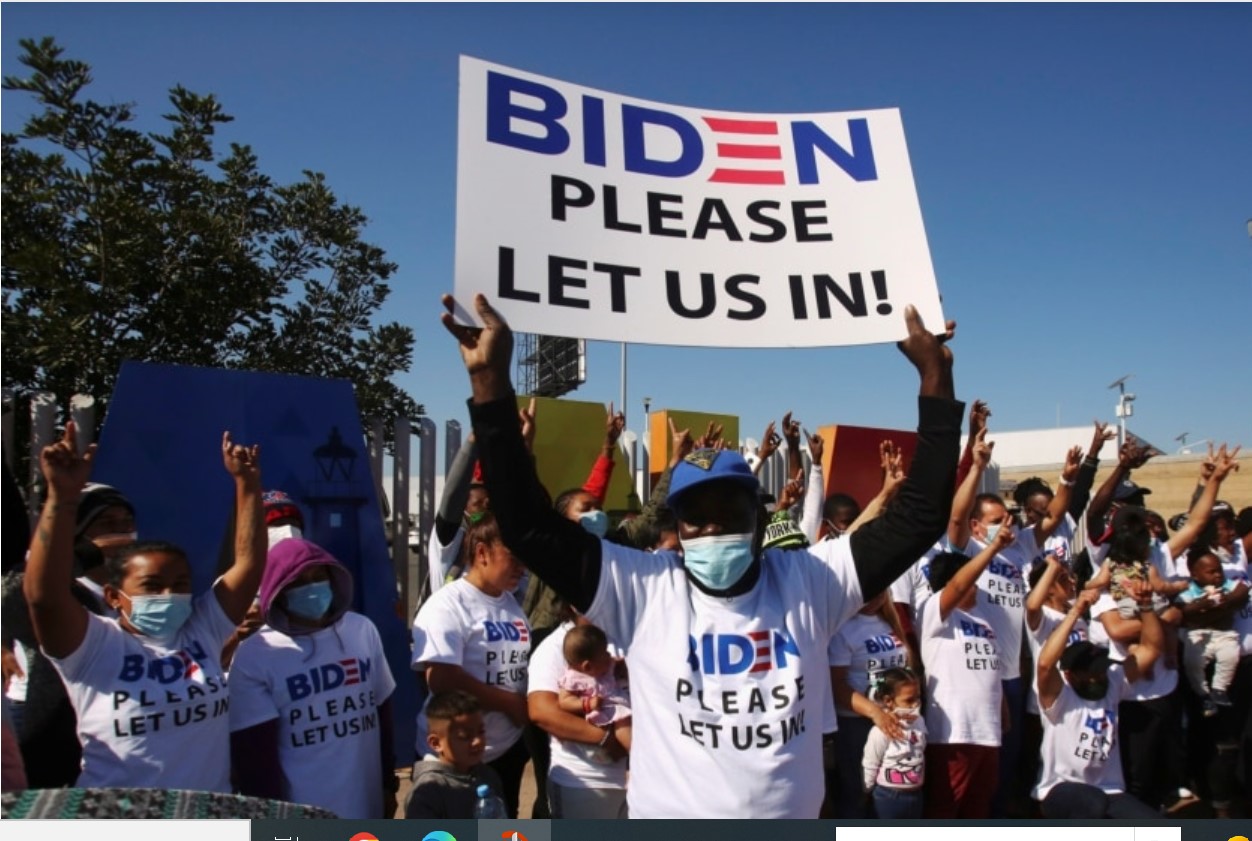 Ron DeSantis, America First Florida Governor, is elevating the panic-inducing movement of migrants by boldly transferring illegals to strategic locations in the US, to enflame the left. DeSantis is transporting illegal invaders near the homes of the elite, and the administrative state is jumping into action to protect their favored Americans from the consequences of open borders and from the bold legal actions of their political opponents.

On Monday, more than the number of migrants arrested at America’s southern border soared past two million for the first time in history, but the left is in absolute panic mode, shiting immigration resources to fitting Republicans who want the borders closed.

Last week DeSantis brilliantly assisted some migrants who had gotten into the US illegally in choosing to travel to Martha’s Vineyard, where they were met by locals there as if the arrival of new brown people created a humanitarian crisis. The left absolutely freaked out over DeSantis’ political theater, exposing the let’s racism and fragility in having to face the consequences of their own leftist political agenda- when they came face to face with people from Venzueauala on their special island.

While most of the corporate/ Lap Dog media attacked DeSantis and the America First movement for the optics, independent media saw something different. They saw the left as hypocrites- again.

This week there is an update to the trending story about the crisis at Martha’s Vineyards. Gov. Ron DeSantis appears to be sending another plane from Florida – this time to President Biden’s home state of Delaware and the whole affair could spin the left out of control.

The plane is the same one used to transport 50 illegal immigrants to Marthas’ Vineyard with no warning last week, according to media reports.

As the November mid-terms draw near, Republicans have successfully stepped up their attacks on the Biden administration as they try to make immigration the theme.

The left, for their part, has lost no time in attacking Americans who are defending the sovereignty of the United States, as media reports claim that there are lawyers for 30 of Venezuelans, who say DeSantis lured them with promises of ‘financial and immigration help.’

And somehow that is different from Democrat Joe Biden and the Democrats luring people from all over the world with the promises of ‘financial and immigration help’? The leftist media believes it is different somehow.

A new development in the situation as the Daily Mail reported, “a Texas Sheriff announced a probe into DeSantis, claiming he ‘kidnapped’ the migrants before publicly rowing back.”

Texas Gov. Greg Abbott joined the laughing party at the Democrat’s expense and sparked an escalation in the ongoing immigration war after bussing 101 migrants outside of VP Kamala Harris’s DC home last week.

The two Republican Governors have had enough of the migration into their states and decided to share the wealth of illegals, and now the administrative state is at ‘war.’

It now appears that he is sending the Ultimate Air Shuttle to Georgetown, which will touch down at around 1.30pm.

From the Daily Mail:

The plane had started its journey from Longview, in Texas, before heading to San Antonio, and then Crestview, in Florida.

An hour after landing on the coast of Delaware, the plane is set to head to Teterboro airport in New Jersey.

The plane is the same one which headed from San Antonio to Crestview and then on to Martha’s Vineyard on September 14.

Lt. Gov Jeanette Nunez declared over the weekend that DeSantis’ administration is planning to send any illegal migrants from Florida to Delaware.

DeSantis has accused critics of his move to fly migrants to Martha’s Vineyard of ‘virtue signaling,’ saying their concern for the welfare of the migrants was a ‘fraud.’

He said: ‘The minute even a small fraction of what those border towns deal with every day is brought to their front door, they go berserk, and they’re so upset that this is happening.’

The 50 migrants were put on a bus by Gov. Charlie Baker less than 48 hours after landing, and given a police escort to get a ferry to Joint Base in Cape Cod, 32 miles away from Martha’s Vineyard.

He is accused of ‘preying’ on the migrants, with DeSantis saying the migrants knew where they were going having signed waivers.

Last night Democratic Bexar County Sheriff Javier Salazar, from Texas, announced that he would be launching an investigation into whether the migrants were ‘kidnapped’ by DeSantis.

DeSantis furiously slapped down the claims, pointing out the hypocrisy of the Texas sheriff after 50 migrants died in a trailer-tractor over the summer in his jurisdiction.