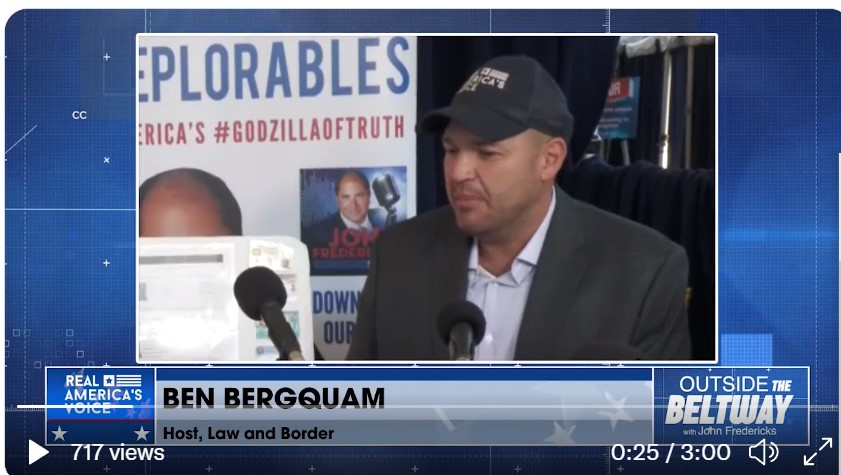 “What the hell is going on down there?” John Fredericks asked Ben Bergqum, the host of Law and Border on Real America’s Voice.

“The biggest issue that we have right now is a lack of truth in the media. And I was thinking about that last night and basically, what I want the focus of today to be- is the left are lying. What the Democrats are saying about the border is all a lie; everything that you’ve heard from Joe Biden is a lie,” Bergquam said.

“Both Republicans and Democrats basically pandered to the idea of a secure border. President Trump came along and actually did it he secured it. Now what we have is the bleeding out of America; it’s national suicide.,” he said

Watch Bergquam describe how different schemes to infiltrate the border and show the evidence of his claims.