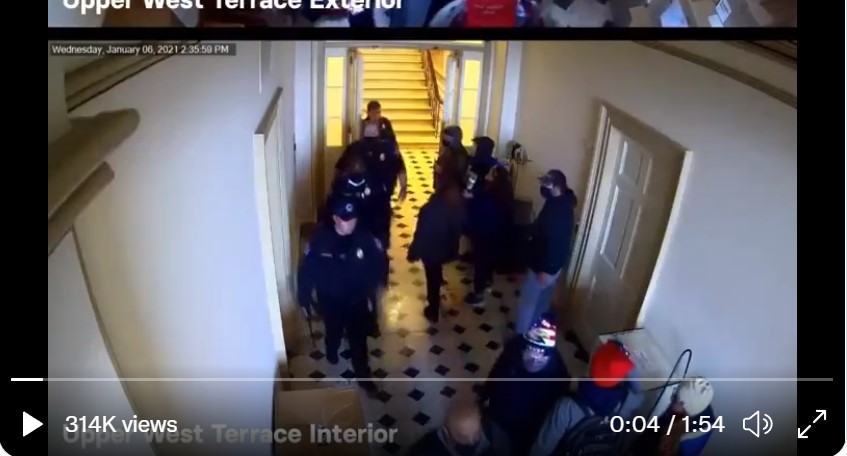 The left, which includes Democrats and RINOs, has worked relentlessly for years to divide the American people over a series of events that show hatred, fear, and jealousy between citizens. By 2021, for the most part, the left’s agenda has worked well for them by dehumanizing other American citizens and falling barely short of calling for political opponents of the left to face trial for backing the wrong politicians. Barely short, think about that.

“The Select Committee is investigating the facts, circumstances, and causes of the January 6th attack and issues relating to the peaceful transfer of power, in order to identify and evaluate lessons learned and to recommend to the House and its relevant committees corrective laws, policies, procedures rules, or regulations. The inquiry includes examination of how various individuals and entities coordinated their activities leading up to the events of January 6, 2021,”  wrote Chairman Thompson, according to the Committee on Jan. 6th website.

There is no doubt that Thompson has an agenda. See this recent post by self-proclaimed liberal journalist Glenn Greenwald:

But for a real blow to their narrative, the select committee may want to notice that Leftist Buzzfeed has joined the right in showing video footage that disputes their claims that Trump supporters were breaking into the US Capitol:

Remember the select committee have come just barely short of calling for their political opponents to be locked up- they are pretending to investigate people-places and things, to prove their own narrative is true.

The January 6th Commission, which includes some Never Trumpers, has pushed a narrative that Trump supporters stormed the US Capitol in an attempt to harm US representatives and impede their work on that day. And their official narrative has now taken a severe blow.

But that could all be in dispute now. The left has joined the right to spotlight some intriguing evidence that the government committee is ignoring; people in the US Capitol that day were invited into the building and filed in – in an orderly fashion. See the footage above.

To her credit, Zoe Tillman is reporting truthfully on what she has discovered:

“The videos show five Capitol Police officers making several attempts to halt the mob. There are tense but largely nonviolent confrontations between the crowd and the officers, who don’t appear to have any special riot gear (helmets, shields, etc.)

These videos were released in the case of defendant Ethan Nordean, who argued the footage showed officers permitting people to come in. DOJ vigorously disagreed with that, saying it showed officers outnumbered, overwhelmed, and in danger. “

The US Government has already admitted, in their January 6th lawsuit against County Griffen, that the government is withholding video footage they have custody of, which will disprove their case about January 6.

Griffen often refers to the footage, like Tillman is reporting on in her posts and her Buzzfeed article, as the “silver bullet that takes down the government’s case”.

“The government is holding a bluff hand,” Frontline friend, Griffen tells me. “They really do not have anything like what they telling the American people they have.”