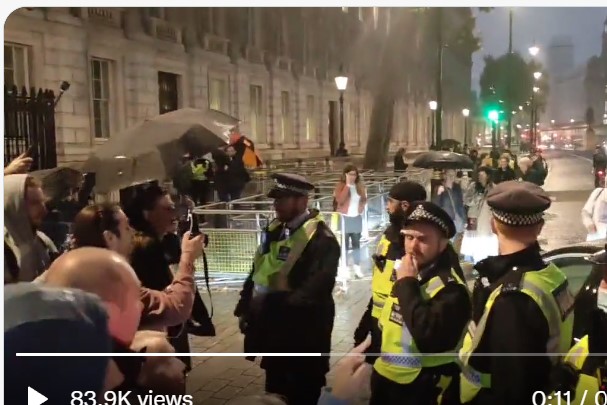 Humans worldwide are frustrated and growing restless as they begin to understand the dark domination that has been thrust into their private lives by greedy politicians.  Famous figures the media and establishment political circles have pitched to us for decades- as humanitarians-  are being viewed now as monsters because of their creepy demands to control the lives of regular people.

Because he exploited power and wealth, Bill Gates is at the top of the list of usurpers and villains for many people.  Boris Johnson coddled Gates this week and touted Gates as the leader of the Global Green revolution, as seen in the following tweet:

A pleasure to sit down with @BillGates at the Global Investment Summit today, where we announced a new £400m partnership between the government and @Breakthrough to supercharge a green industrial revolution across the UK: https://t.co/yUDqXdrjJ1#UKinvestment #BuildBackBetter pic.twitter.com/9lREGD5UyP

But regular people do not understand the benefit of the globalist power grab- the “build back better” plan and they are reacting in angry tones.

“At every label, Bill Gates was directly involved with this pandemic— Wuhan lab, WEF predictions, vaccines, tests, and censorship. Now as people are impoverished from lockdowns— he is quietly purchasing a ton of land. He should be arrested for crimes against humanity,” Candace Owens reported in reaction to seeing an uprising aimed at Gates.

Owens understands the people on the ground in the UK, which are not as excited about Gates, as the UK leader.

On Monday a video emerged of a group of protestors blocking a black car that was expected to be carrying Gates.  Reports from the scene by activists were that Bill Gates was in London to attend some financial meetings and was traveling to meet  UK leaders for dinner when stopped by a group of people who were yelling, “Arrest Bill Gates” angrily and calling him a murderer.

Bill Gates got a nice warm welcome in the UK as he arrived at BoJo's globalist meeting…😂😂😂 pic.twitter.com/mgNt6Ar3kJ

There is growing sentiment that Gates and Anthony Fauci have not been honest with people about the COVID-19 restrictions on their lives, especially with the government’s demands for people to get the vaccine, which has damaged so many lives worldwide and caused death.

A citizen reporter posted on Twitter about the event, saying that business leaders were meeting with elected officials over the dinner:

Heard screaming into the crowd were statements, like “We know where you live,” “You will pay for your crimes.”  There was a palpable rage in the voices of the men and women in the crowd.

After decades of seeing the warning signs “written on the wall,” humanity may be reaching a point where the Globalist elite have gone too far. However, the wealthy Globalists and Community Organizers have had time to organize very well in a robust Global compact for power and wealth.

Even the average person understands that there is a problem at this point. The question remains how the world gets out of this mess. The media rarely covers anything negative to Bill Gates, but it happens enough that people are growing more and more aware of his activities that could have led to the medical disaster we are experiencing.

But what is Globalism? Is it really Communism? Let’s see if we can unwind it.

The foundation helped grease the skids for Chinese-produced medications.

Microsoft founder Bill Gates‘ international foundation has helped the Chinese Communist government in various ways, according to a newly-released batch of emails from the National Institute of Allergy and Infectious Diseases under Dr. Anthony Fauci, obtained by Judicial Watch through a Freedom of Information Act request.

In a statement to Fox News, the Gates Foundation contested this interpretation of its work. A spokesperson said that the foundation does similar work in the United States.

According to the emails, the Gates Foundation worked closely with the Chinese government to grease the skids to enable the sale of Chinese-produced medications outside the Middle Kingdom. The foundation also helped “raise China’s voice of governance by placing representatives from China on important international counsels as high level commitment from China.”

Global Communism is a power pact of the world’s elite. Simple.

The people of the world are uniting Globally against people like Gates, to fight Global Communism. That is all out in the light now, and some of the players really can not show their faces in public.