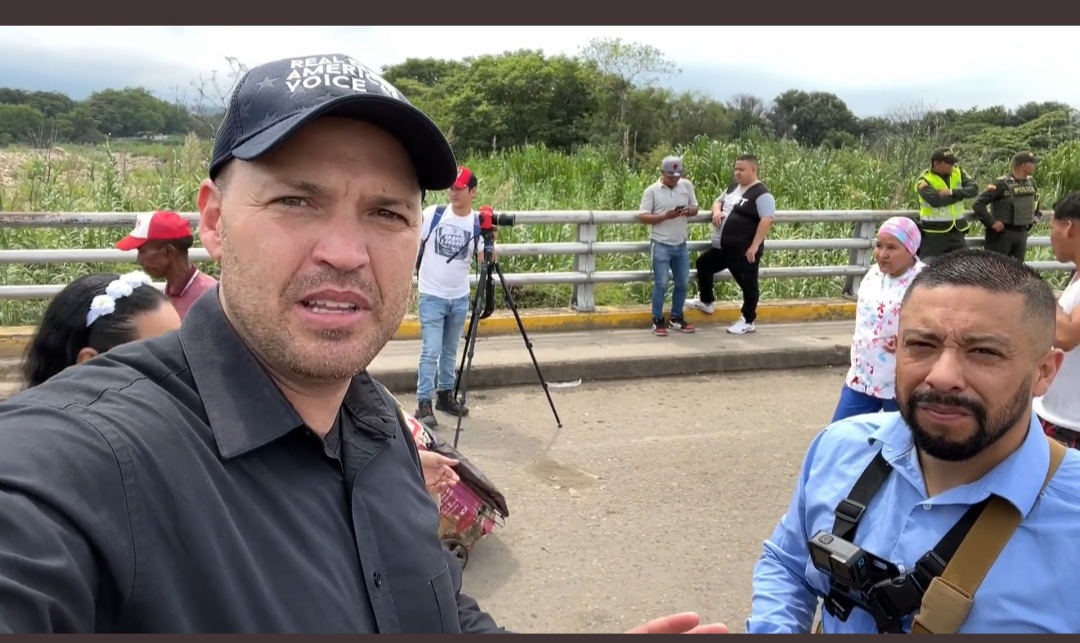 Ben Bergquam and Oscar ‘El Blue’ Ramirez, both from Real America’s Voice, traveled together to the border of Venezuela and Colombia to bring audiences real live footage of the mass exodus from a once thriving country.

Right now the region where the two are filming is in chaos. Media reports say the government of Venezuela is clashing with different political groups who are at odds with the dangerous Socialist regime that destroyed the people’s lives there :

“A court in Venezuela has issued arrest warrants for three opposition leaders who have publicly denounced the socialist government of President Nicolas Maduro, accusing them of treason, money laundering and impersonating public officials.

The political chaos has caused a migration of people searching personal supplies and food:

The focus of the trip for the two is on exposing the lies of Democrat Joe Biden:

They are going to expose what is really going on with the economic migrants who have been devastated by their own country’s poor and greedy choices, and what is worse- is that the American Democrats make the same disastrous choices. So people are fleeing to a place that is on the verge of Communism.

“We know we are exposing the truth, and we are pushing ourselves to go to where the media refuse to go to show the Communism that Socialism that has destroyed this once beautiful part of the world,” Ramirez said to the host of the War Room, Steve Bannon, on Thursday when Bergquam and Ramirez appeared together to discuss the details of their journey over the next few weeks.

On the show, Bergquam pointed out that people were walking between countries transporting food and hygiene items to take into Venulsela and then heading into Colombia

Here is a clip of the full interview:

Bergquam and EL Blue is on a mission to expose the factors that have contributed to human suffering worldwide due to Socialism.

The two will be escorted by law enforcement for their safety.