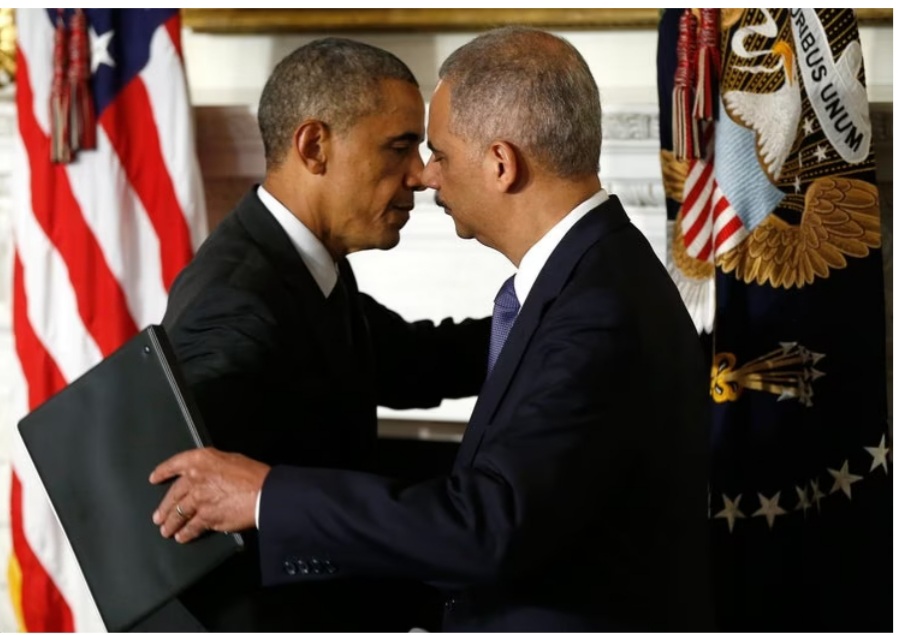 Radical far leftists who have been bullying the entire state of North Carolina for years have lost a major battle in election maps for the 2022 mid-term elections.  Eric Holder, who has been stomping around the state, suing the legislature for doing the jobs they were elected to do, had a humiliating loss on Tuesday in the courts.

Holder is now the head of the National Democratic Redistricting Committee. He signaled back in February that the group is keeping a close eye on North Carolina.

Key Point: What the left is afraid of is a state that consistently goes for Republicans Mitt Romney and Donald Trump), they will lose a massive amount of power.  North Carolina is an important state to the Democrat’s “southern strategy” of flipping over states with lasting southern conservative values.

“Free and fair elections are the result of an open and honest process. The General Assembly’s maps were drawn in the light of day, after months of public comment and feedback. Unfortunately Democrat plaintiffs refuse to hold themselves to this standard. Their own proposed maps were drawn in secret, implementing feedback not from voters themselves, but from political consultants paid for by Eric Holder,” Speaker of the North Carolina House, Rep. Tim Moore said on Tuesday in reaction to the news that Holder’s long time plans to control election maps had fallen apart.

Holder, the former top lawman in the country served as Attorney General of the United States from 2009 to 2015, and has been hammering away at the State’s sovereignty since he called himself-” Obama’s wingman”.

Here Holder is working, most recently, for the Democrats in 2017:

“I am pleased the trial court has ruled in our favor, upholding the maps drawn by the General Assembly in the most transparent process in North Carolina history.”

There is some speculation that of course the left, never accepting their defeat or the rule of law, will push the issue to the North Carolina Supreme Court.

Candidate Filing has been tinkered with and moved around over and over, and will be postponed for another month and half, according to the North Carolina Board of Elections (NCBOE), where Democrat Karen Binson Bell holds power.

Raleigh, N.C. — Candidate filing for North Carolina’s 2022 primary elections, as well as rescheduled municipal elections, will resume at 8 a.m. Thursday, February 24, and end at noon on Friday, March 4, under an order issued Tuesday by the Superior Court of Wake County.

The order (PDF) by a three-judge panel upheld state legislative and congressional district maps being challenged in redistricting-related lawsuits.

“State Board of Elections staff will immediately begin preparing for the continuation of the candidate filing period, including securing a location to ensure the health and safety of staff and candidates,” said Karen Brinson Bell, State Board executive director. “We will provide all details to the public as soon as possible at NCSBE.gov and through an announcement distributed to the media.”

County and municipal candidate filing also will resume on February 24 and take place at the county board of elections offices. Contact the specific county office for hours of operation and COVID-19 protocols.

Meanwhile, a separate court order (PDF) on Tuesday ordered the suspension of the consideration of any challenges to candidates for U.S. House, N.C. House, and N.C. Senate, until final resolution of the litigation in the redistricting cases, North Carolina League of Conservation Voters v. Hall. Such a challenge was filed against a congressional candidate on Monday, January 10, and the State Board was planning to appoint a panel to hear that challenge during a meeting on Wednesday, January 12, as required by state law. In accordance with the court’s order, the State Board canceled its meeting, and consideration of that pending challenge is postponed until resolution of the redistricting cases.