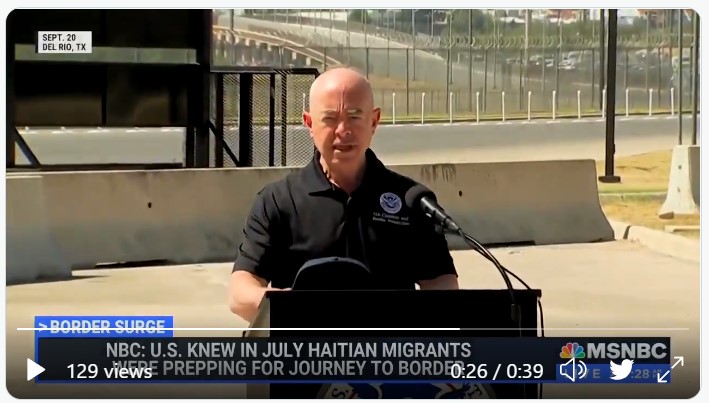 And not only does the invasion look planned because of the restrictions put on law enforcement to defend the country, but it also appears as if the Democrat administration is willing to lie to the American public to cover up their approval of the crisis.

Are they lying or clueless?

Consider this video by the Department of Homeland Security director Mayorkas, who plays clueless – as if he could not have possibly expected the results we have seen by allowing mass groups of people get to our borders with the ideas that they would be welcomed in and granted free amnesty.

Who could have known?

Who could guess that with such a generous free ride to very poor people, so many people would get here as fast as they could to collect?

We know from reporting that migrants have been told how to get to the country, how to lie so they can get past border security, and that they will get free legal status, and then be taken care of by Non-Government Organizations.

But Biden’s brilliant public policy directors just could not figure it all out.

Yet Bergquam persists. He, along with a network of brave pundits and journalists, are bringing us the stories that the Biden administration appears to not be able to understand.

If the Biden administration followed Ben’s work, perhaps they would have been able to predict what is happening at our border, how it threatens America, and what to do about it.