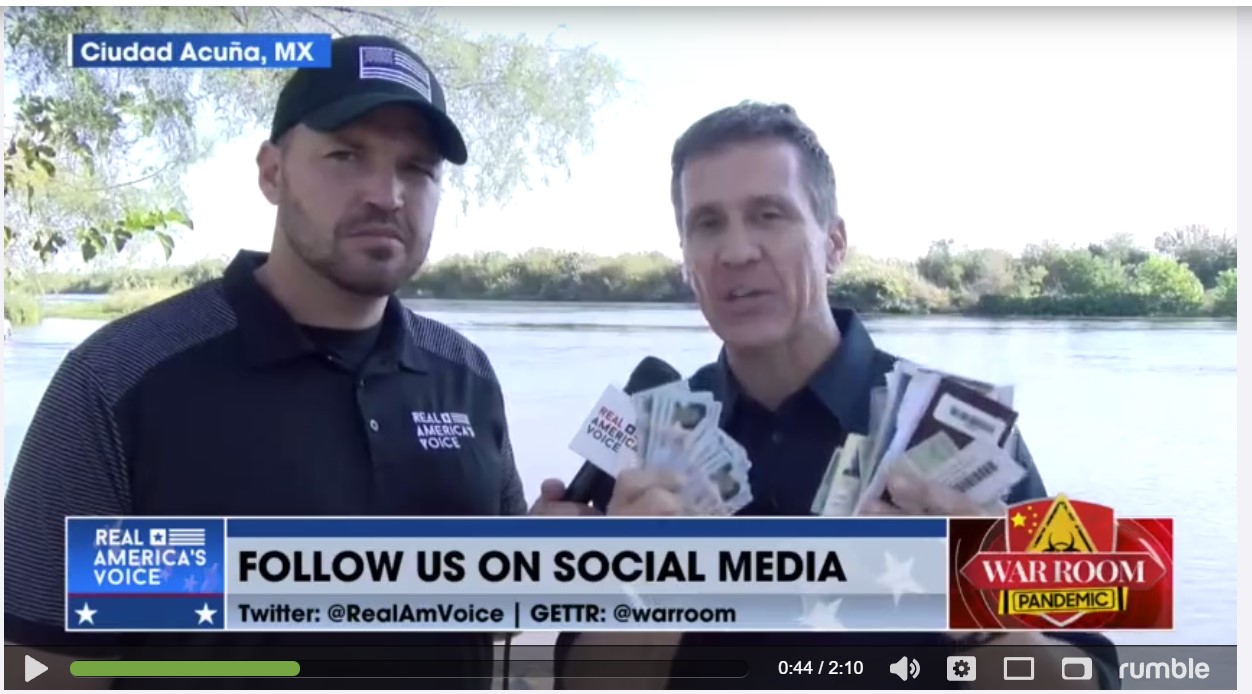 It is an incredible gut-wrenching shock to witness Democrat Joe Biden use his power and affluence to promote human trafficking in the United States of American, in a country that was once known for defending the most innocent and injured humans around the globe. Especially if you are sworn to protect the country.

That is how it feels for one of Ben Bergquam’s guests, who served as a Navy Seal, when explaining the deep betrayal to Americans by Biden.

“There is no other way to say it other than Joe Biden is the largest human trafficker in the world,” Ben Bergquam told Steve Bannon on the War Room podcast on Wednesday from the Southern Border.

Bergquam has been on the Southern border on and off since January of this year, investigating the many stories of human trafficking he had heard of or could find out about. Bergquam has a network of Mexican journalists, like Oscar El Blue of Border Network News, who validate his findings and give him information from Mexican informants.

There is no doubt that Biden’s open border policies have enticed criminals to traffic human beings. Bergquam has reported on human trafficking like sex slavery and selling children for border crossing.

“The cartel is in charge of the border and no one passes over without paying them,” Bergquam has repeatedly said.

In the following video, proof is given.

“How is it that the Biden administration has made the worst people on earth their partners?” Bannon asked Former Governor of Mousori Eric Greitens, who was at the border at the time with Bergquam.

Greitens then explained how children are being sold. “There is evidence that some children are sold over and over,” Grietans said that law enforcement in the area knew that one child had been sold 17 times, to help people appear to be a family.

Bergquam and Greitens was in Mexico on Wednesday.  Greitens insisted that the Biden had turned the border over to the Cartels calling the area an “international trasit point”, exposing evidence that people were dumping their Identifications from around the world, which means it is an international issue now.

“Our enemies know that if you want to come into the United States all you have to do is come to Acuna Mexico and walk in,” Greitens, a Navy Seal veteran in four deployments.